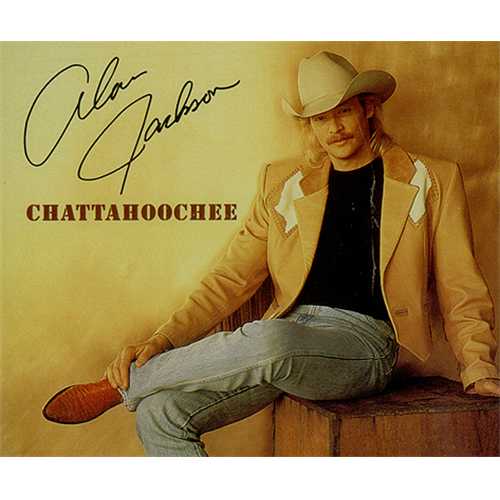 The Sounds Of Summer- Day 49 out of 95: “Chattahoochee”- Alan Jackson. I realized that I haven’t had any country songs on my Sounds of Summer countdown- and from what I gather it seems a lot of country music today deals with summer. “Chattahoochee” was a big country hit- it won for Country Single and Song of the Year in 1993- for Alan Jackson. It was released in May 1993 a great summer hit. The song was written by Jackson and Jim McBride . Jackson is from Georgia and the Chattahoochee River flows from northern Georgia and forms part of the border between Georgia and Alabama and Florida. Jackson certainly doesn’t fit in to today’s version of ‘country’ music if you would call it that. He’s more of a country traditionalist- I doubt he grew up wanting to be Kiss. He certainly doesn’t fit in today because he’s now 60 and has been dismissed by the country music hit machine- his last Top 10 country hit was ten years ago. Also he’s actually an outstanding country artist- no room for that in today’s country.  Anyway-  off the soapbox- “Chattahoochee” has to be up there as a great summer tune and I would think it is Jackson’s signature song.