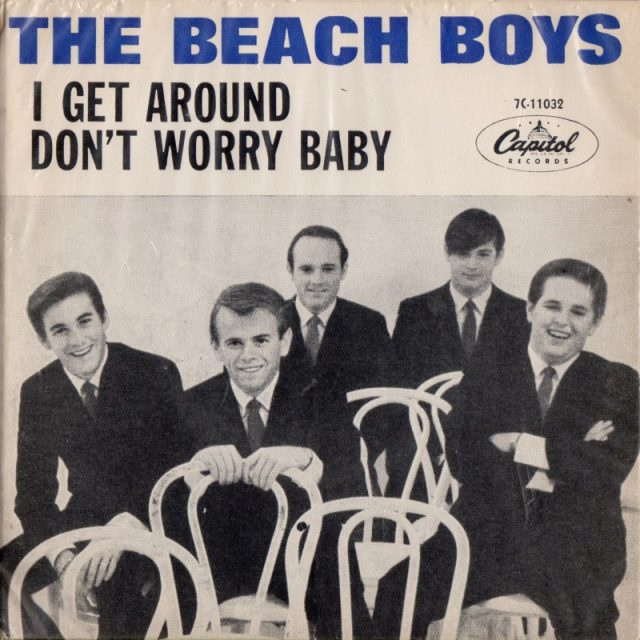 The Sounds Of Summer- Day 11 of 95- “I Get Around” The Beach Boys. The Beach Boys first #1 hit single- released just in time for summer on May 11, 1964. “I Get Around” reached #1 on July 4, 1964.  Written by Beach Boys Brian Wilson and Mike Love- it was also sung by those two- Love sang the rock style verses while Wilson sang the pop chorus in falsetto. Brian Wilson arranged and produced the song. While they were recording the instrumental track for “I Get Around” the Wilson’s madman of a father Murry was belittling the song and Brian’s production techniques and what a loser Brian was and how he- Murry was the only talent in the family. This would lead to Murry being removed as the bands manager. “I Get Around” is a great summer single- and the b-side of the single was equally great “Don’t Worry Baby.”