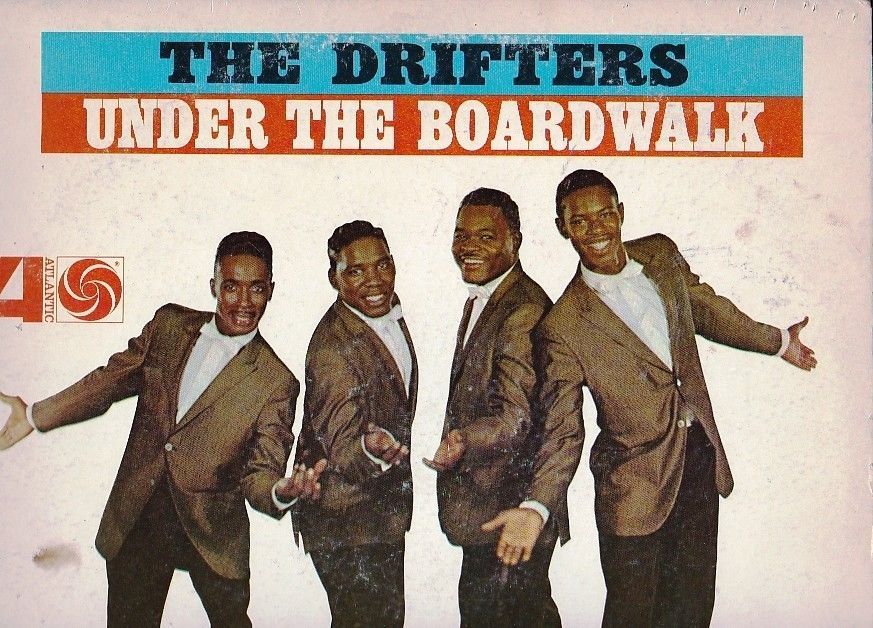 The Sounds of Summer- Day 9 of 95- “Under The Boardwalk”- The Drifters. The Drifters had 36 Hot 100 hits from 1955-66 with their biggest being “Save The Last Dance For Me” a #1 in 1960. The group went through numerous line-up changes over the years- their most famous singers being Clyde McPhatter and Ben E. King both in the 1950’s. “Under The Boardwalk” was their last big hit #4 in 1964. “Under The Boardwalk” was written by Kenny Young and Arthur Resnick.  This is one of those songs that when I hear it I am reminded of summer vacations when I was a teenager to the beach. I wrote earlier that I am not a beach- sun- water person but as a teenager my family would go on vacation to the ocean every summer. My sister and brother were a number of years younger than I was and a  vacation with a lot of travel involved wouldn’t have worked well with them. I was alright with going to the beach for a week to ten days. This song takes me back to those days. Not a bad thing- and the song is a great summer song. Others have covered the song over the years -including The Rolling Stones- but the definitive version remains The Drifters version.