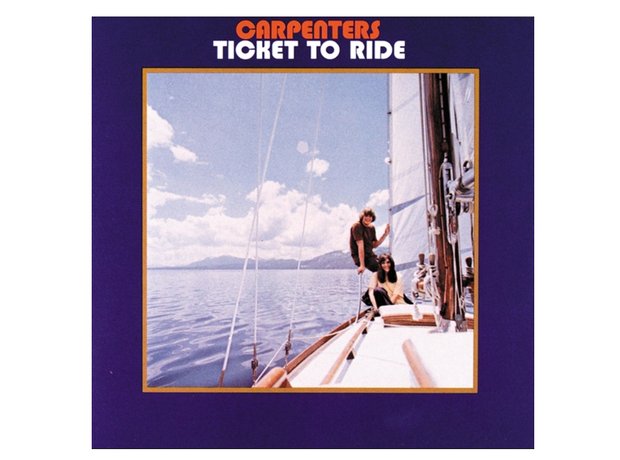 The Beatles Cover of the Day is “Ticket to Ride” by The Carpenters. “Ticket To Ride” was a #1 hit for The Beatles in 1965.  It was remade by The Carpenters in 1970- it was their first single- and it failed to make the Top 40 peaking at #54. Their second single was  “Close To You” their first #1. The Carpenters take this rock and roll classic and turn it into a campy easy listening song. The Carpenters first album was titled Ticket To Ride. This version is radically different than the original- do you like it? . The Carpenters manager once said the following concerning an encounter Karen had with John Lennon- ‘As I and Karen left a restaurant in California, John Lennon was walking in and said to Karen, ‘I just wanted to say that I love your voice, Love!’ Karen asked me later, ‘Did he really mean that?’ I answered, ‘Of course he did, he’s John Lennon!'”