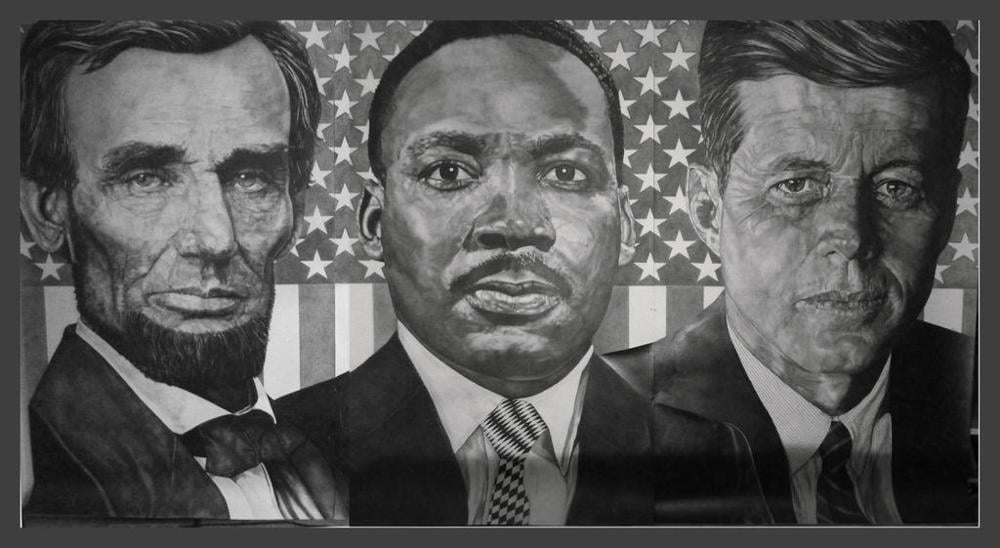 History in Music- “Abraham, Martin and John” by Dion. “Abraham, Martin and John” was written by songwriter Dick Holler in 1968 and first recorded by Dion DiMucci- aka Dion. The song pays tribute to the slain American leaders -Abraham Lincoln, Martin Luther King Jr, John Kennedy and Robert Kennedy- who is mentioned in the final verse with a description of him walking over the hill with the three others. Dion’s single- which would become the last hit of his career- went to #4 on the Billboard Hot 100. The b-side is noteworthy- Daddy Rollin’ { In Your Arms} which is about Dion kicking his heroin habit. Chilling and haunting song- as someone wrote- it sounds like Dion with The Velvet Underground playing behind him.

2 responses to “HISTORY IN MUSIC – “ABRAHAM, MARTIN AND JOHN”- DION”