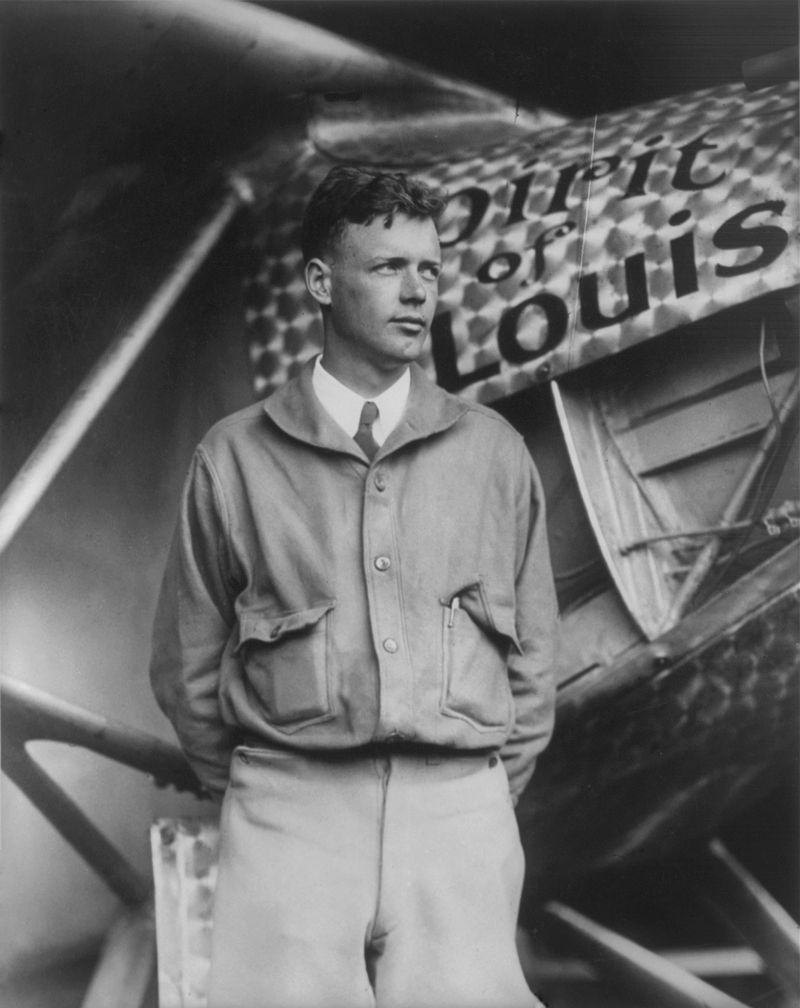 History In Music- “Lindbergh , The Eagle Of The USA”- Vernon Dalhart. On this day in 1927- Charles Lindbergh at age 25- made history when he landed his single engine monoplane Spirit of St. Louis at Le Bourget Aerodrome in Paris at 10:22 pm on Saturday May 21st, 1927 becoming the first person to complete a no-stop solo transatlantic flight. Lindbergh had left 33 1/2 hours earlier from Roosevelt Field in Long Island, New York- the flight covered 3600 statute miles. When he landed in Paris a mob of 150,000 stormed the field. Lucky Lindy was dragged out of the cockpit and the people carried him around above their heads for a half hour. He went from relative obscurity to becoming the most famous person in the world.  1927 was a year for heroes-  Lindbergh, Babe Ruth, and heavyweight champion Jack Dempsey.

You can see the Spirit of St. Louis by visiting the National Air and Space Museum in Washington, D.C.

The song “Lindbergh “The Eagle  Of The USA”-was written by Tin Pan Alley songwriters Howard Johnson and Al Sherman. Singer Vernon Dalhart was the first country singer to have a song sell one million copies-in 1924 with “The Prisoner’s Song”- which went on to sell 7 million copies. Dalhart’s recording of “Lindbergh “The Eagle of the USA” was made just two days after he landed in Paris and was released in July of 1927.

3 responses to “HISTORY IN MUSIC- ‘LINDBERGH, THE EAGLE OF THE USA”- VERNON DALHART”