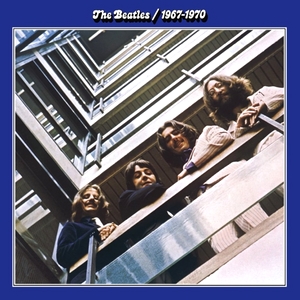 Hans Remembers- Tuesday May 13, 1969- The Beatles got together for a photo session with photographer-Angus McBean at the EMI offices in Manchester Square, London for a photo shoot for the album cover for the album which they were working on- which was to be called “Get Back.” That album would be shelved until 1970 and be released as Let It Be. The photo that is shot is an updated cover of their first album ‘Please Please Me” and would end up being the cover for the 1973 release of the compilation best of- 1967-70 album- the blue album. The Please Please Me cover had been shot in 1963 by the same photographer Angus McBean. EMI’s headquarters at Manchester Square has since been demolished.

One response to “HANS REMEMBERS- TUESDAY MAY 13, 1960-BEATLES PHOTO SESSION FOR ‘GET BACK’ ALBUM”