History in Music- “The Battle Of New Orleans”- Johnny Horton. “The Battle of New Orleans” was a huge hit in 1959 for Johnny Horton. In fact it was the biggest hit on the Billboard Pop Charts for the entire year. When Billboard totaled up their top charting singles for their first 50 years- The Battle of New Orleans was the top country song on their chart- at #28. The song was written by Jimmy Driftwood a folk singer songwriter in his career who wrote over 6000 folk songs. Johnny Horton would be killed in an automobile accident in November 1960 at the age of 35. His second wife was Billie Jean Jones- the second wife of Hank Williams. Other big hits by Johnny Horton were Honky Tonk Man, Sink The Bismarck, and North To Alaska. 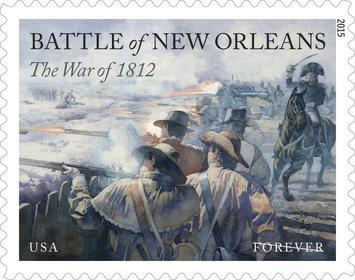 The Battle of New Orleans tells the story of the battle which took place on January 15, 1815 from the perspective of an individual  soldier in the battle. The War of 1812 was over when the battle was fought but the news had yet to cross the Atlantic Ocean. America troops led by Major General Andrew Jackson defeated the British in a battle that took a half hour. The Americans though out numbered the Americans only suffered 250 casualties to the British’s 2000.