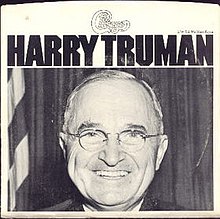 I love history, music, books/reading and baseball- I am starting a new feature- combining two of those loves- music and history- there seem to be  a countless numbers of great songs out there that deal with historical events and historical figures.  I am going to start with one of my favorites- Harry Truman.

When President Harry Truman left office in January 1953 his approval rating was low. They began keeping such polls during F.D.R’s presidency. No president -not even Milhous Nixon who left office with a 24% approval rating ever was as low as Truman’s was in late 1951- early 1952 when his approval rating was 22%. Historians say that you can’t really judge the effectiveness of a president until he’s been out of office for some time. I think generally a 20-25 year period is needed to really see how well or poorly a president has done- we are coming up on that period  of evaluation for William Jefferson Clinton who left office in 2001.  Harry Truman died the day after Christmas in 1972- he just missed by less than a month of having spent 20 years as an ex-president. Not long after there came a reappraisal of the Truman presidency. Truman is now looked at as being a near great president- a Top 10 president- maybe not up at the top with the Washington, Lincoln and the Roosevelt’s but in the second tier. 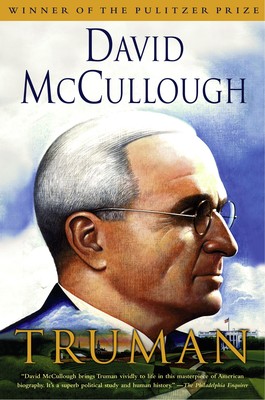 One of my favorite biographies ever- is David McCullough’s Pulitzer Prize winning Truman which came out in 1992. It is a mammoth book at 1120 pages but well worth the time. Highly recommended. David McCullough is my favorite living historian-and I think this is his best book which is saying a lot.

As far as visiting -if in the Kansas City area a trip to the Harry S. Truman Presidential Libratry and Museum- and down the road a trip to the Truman home is a rewarding experience. The Truman’s lived very modestly.

“Harry Truman” by Chicago came out in 1975 on the Chicago VIII album. It was released as a single and went to #13 on the Billboard Hot 100. Harry Truman was written and sang by Chicago’s  Robert Lamm.  Lamm wrote the song  a few years after President Truman’s death and also after the resignation of President Milhous Nixon. “Harry Truman” usually fails to show up on the Chicago Greatest Hits packages. I own one studio album by Chicago and that is Chicago VIII because of this song { I also have the box set Group Portrait- which has Harry Truman and all you’d want to hear from Chicago unless you are really deeply into the group.