Movie releases fifty years ago in the theaters- I saw The Love Bug in the theaters at the time and my eight year old self thought Buddy Hackett was the funniest man on the face of the earth. 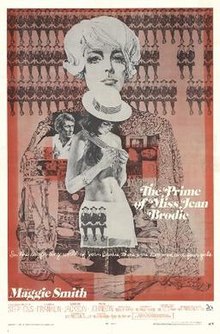 THE BIG BOUNCE- MARCH 5 -A Vietnam veteran and ex-con is persuaded by a shady woman to rob a $50,000 payroll account on a California produce farm. But who is playing who?

THE ASSASSINATION BUREAU- MARCH 10-A woman causes a group of assassins to face their greatest challenge.

THE LOVE BUG- MARCH 13-A race car driver becomes a champion with a Volkswagen Beetle with a mind of its own.

BEFORE WINTER COMES MARCH 20-After World War II, in an Austrian camp for displaced people, an interpreter mediates between the British and the Soviets regarding the fate of various refugees.

1000 RIFLES- MARCH 26-In 1912 Sonora, Mexico, native revolutionary Yaqui Joe robs a bank to buy arms for his oppressed people, but finds himself sought by an American lawman and the Mexican Army.

THE ILLUSTRATED MAN- MARCH 26-In 1930s, a psychotic drifter who’s after the mystery woman who covered his whole body in illustrations that foresee distant future shows three of them (The Veldt, The Long Rain and The Last Night of the World) to a mesmerized traveler.

SUPPORT YOUR LOCAL SHERIFF -MARCH 26-In the old west, a man becomes a Sheriff just for the pay, figuring he can decamp if things get tough. In the end, he uses ingenuity instead.