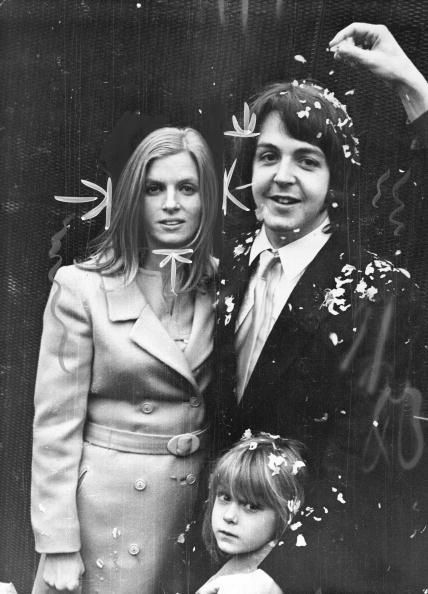 It was fifty years ago today- Wednesday March 12, 1969- a busy day in Beatles history. Paul McCartney became the last member of The Beatles to get married when he married Linda Eastman  at the register office in Marylebone, London and then went to St. John’s Wood church for a blessing. None of other Beatles attended the ceremony. Paul’s brother Michael and Beatles assistant Mal Evans were there as witnesses.  The couple had met on May 15, 1967 at the Bag O’Nails Club where Georgie Fame was performing.  Four days later they would meet again at The Beatles manager Brian Epstein’s house at a launching for The Beatles Sgt. Pepper’s Lonely Hearts Club Band album. It wouldn’t be until the following May that they got together again-in New York City when Paul and John Lennon came over to make the announcement that The Beatles were going to start up Apple Records. A couple months later Paul invited Linda to come to London and spent some time with him and the rest is history. Linda had a daughter Heather who was six at the time- from a previous marriage.  Paul and Linda would remain married until her death from breast cancer in 1998 at the age of 56. 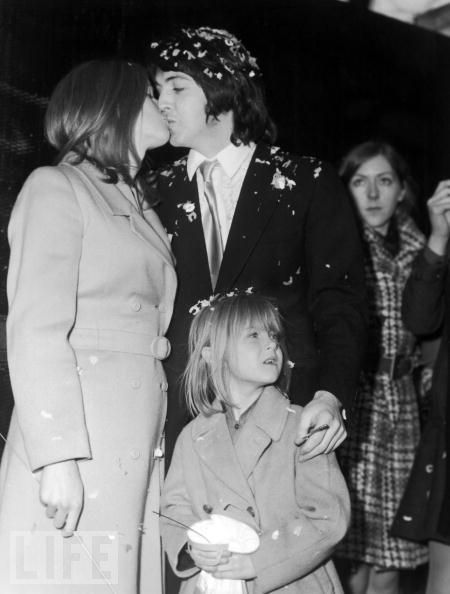 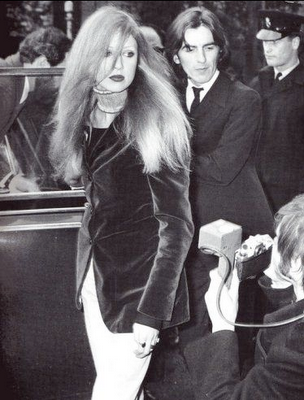 London police led by the infamous Sgt. Pilcher chose the day of Paul’s wedding as the time to raid George Harrison’s home. Sgt. Pilcher was running a war on rock musicians- he had led a raid on John Lennon’s house a year earlier.He also arrested Mick Jagger, Keith Richards and Brian Jones of The Rolling Stones and Donovan. The drug squad came with a warrant and drug sniffing dogs. George and Pattie Harrison were taken away and arrested. When they returned home their home was turned upside down. A considerable amount of hash was found at the home-the authorities would in the end be satisfied that it was all for their personal use. George and Pattie were fined 250 pounds each and even had a confiscated pipe returned to them.

In 1972 Sgt. Norman Pilcher was charged with conspiracy to pervert the course of justice after perjuring himself. He was sentenced to four years imprisonment. It is widely believed that Pilcher was regularly planting the drugs that his victims were arrested for possessing.