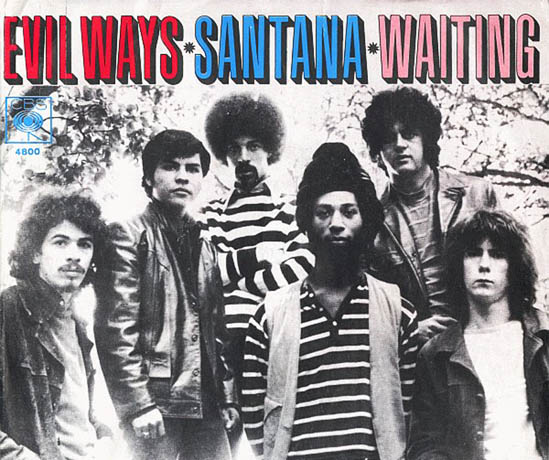 1969 Song of the Day is- “Evil Ways”- Santana.  Evil Ways was the first hit #9 on the Billboard charts- off of the first Santana album “Santana” that was released in 1969. Santana  was successful right out of the gate with the album going to #4 on the album chart. Oddly the first single from Santana- also on this album Jingo didn’t crack the Top 40- #56. Evil Ways and Black Magic Woman from 1970 would be Santana’s signature songs and their most successful singles until Smooth in 1999.

Evil Ways was written by a jazz guitarist and songwriter Clarence “Sonny” Henry and was first recorded by jazz musician Willie Bobo in 1967. Gregg Rolie later of Journey is the lead singer on Evil Ways. The guitar solo which is about 90 seconds long is done of course by Carlos Santana.