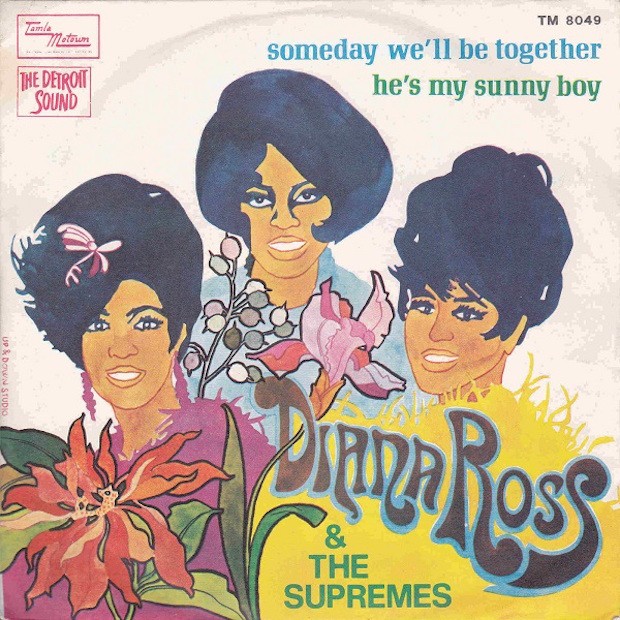 1969 Song of the Day- “Someday We’ll Be Together” by Diana Ross and The Supremes. This was the 12th and final #1 for Diana Ross and The Supremes. It was the final single released before Ross left the group- but actually it is a solo Ross single -a Supremes single in name only- only Ross appears on the song- the other Supremes do appear on the b-side “He’s My Sunny Boy.”

I can take or leave The Supremes- they had some finely crafted tunes but I thought a lot of the songs sounded too formula. I thought this song- Ross’s farewell had probably been written for the occasion- but I was wrong. The song was written back in 1961 by Johnny Bristol, Harvey Fuqua and Jackey Beavers. The song was recorded by Bristols and Beavers back then to limited success. In 1969 another Motown act- Junior Walker and his All-Stars were set to do the song when Berry Gordy heard it and thought it would make for a good first solo recording for Ross. When it was finished he changed his mind and made it the final single for Diana Ross and The Supremes.