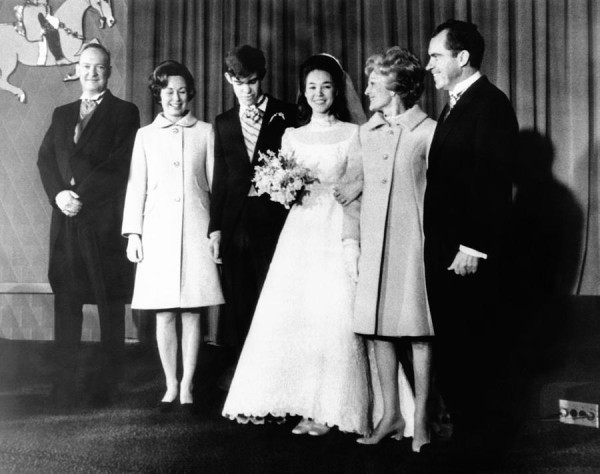 It was fifty years ago today- Sunday December 22, 1968- the second daughter of President-elect Richard Milhous Nixon -Julie Nixon was married to David Eisenhower the sole grandson of General/ President Dwight D. Eisenhower at the Marble Collegiate Church in New York City. The couple had first met in 1956 at the Republican National Convention in San Francisco when both were 8 years old. They began dating in 1966 when both were freshman in college {their colleges Julie- Smith and David’s Amherst were just a couple miles apart. } The couple celebrate their 50th anniversary today. They have three children. Nixon’s eldest daughter Trisha would be married in the White House in 1971 during the Tricky One’s first term.