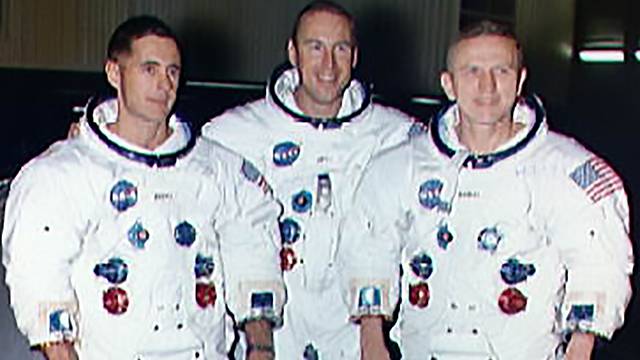 It was fifty years ago today- Sunday December 22, 1968- Apollo 8 astronaut Frank Borman became will the day after he took a dose of Seconal. The other two astronauts on board helped him clean up the mess in a weightless environment. Borman’s sickness in space is the first experience of space-sickness by an American astronaut. In fear that if NASA found out that the mission would be aborted the astronauts decided not to report Borman’s illness until the spacecraft had passed the point were it would have to slingshot around the Moon to be able to return.

3 responses to “IT WAS FIFTY YEARS AGO TODAY- SUNDAY DECEMBER 22, 1968- ABOARD APOLLO 8 ASTRONAUT FRANK BORMAN BECOMES ILL ON THE WAY TO THE MOON”