It was fifty years ago today- Sunday December 15, 1968 in an incident that is still talked about today- fans of the Philadelphia Eagles during their final home game of the 1968 season- a season in which the Eagles would win only two games the fans were so upset with the teams performance that they booed and then threw snowballs at Santa Claus. A man named Frank Olivo was the man playing Santa that day and he -as Santa Claus was walking around the field at halftime during the Eagles game against the Minnesota Vikings when this incident occurred.

Over the years Philadelphia sports fans have been known as some of the toughest most boorish fans in America. Last season the Eagles won their first championship since 1960- and their first Super Bowl. They aren’t doing well this year and on social media I have seen many an Eagle fan sound very fed up with them. Winning the Super Bowl didn’t buy too much of a break for the Eagles. 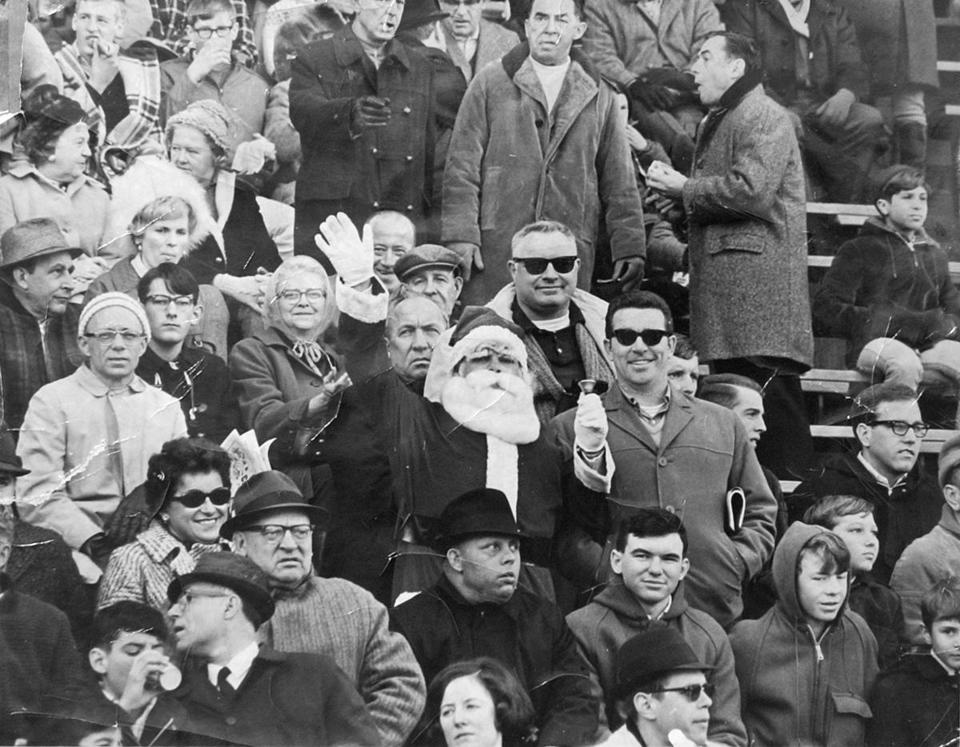