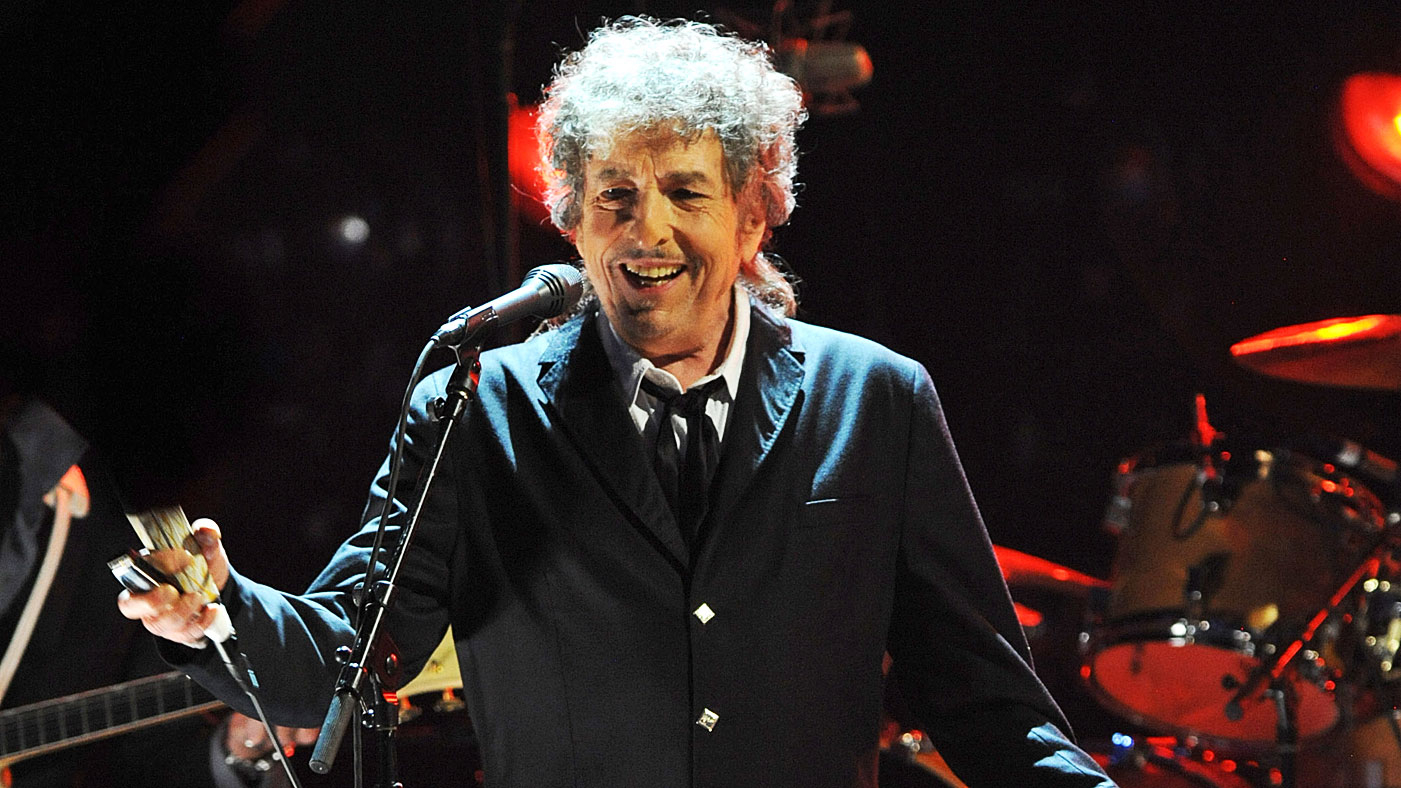 One of the first concerts I ever attended was back in May 1980 was Bob Dylan at the Stanley Theater in Pittsburgh on his Gospel Tour. It was a great concert-but many people that night were booing. I didn’t know what they were expecting that night- in the days before the internet and instant news it was still well known that Bob was touring behind his recent gospel albums. I don’t know how anyone purchasing a ticket expected otherwise. But early on when it was clear “Like A Rolling Stone” and “Blowin’ In The Wind” some in the crowd started booing- some even walked out.

I have seen Bob Dylan in concert six times over the years but the last time was back in the summer of 1996. Not long ago the thought hit me- if he comes nearby again I have to go see him. He’s seventy-seven and who knows how long he will stay going out there. Back in 1980 when I saw him my friend Dale went with me- and Dale went with me Tuesday night. As we waited for the show Dale mentioned something that hadn’t crossed my mind “If I had told you in 1980 that in thirty- eight years we’d be going to see Dylan again you would have thought I was crazy.” Probably so- the thought in 1980 that Bob would still be on the road in 2018 would have seemed unlikely- but he is still out there.

The show was scheduled to begin at 8pm and the lights in the arena went out at 8pm and a minute or so later the band was on the stage -and the stage lit up and the show began. No introduction or anything and for two hours they played- Bob didn’t speak a word-not even to introduce his band. {I liked the fact there was no opening act- let’s get right to the reason we were there.} They opened with Things Have Changed from The Wonder Boys soundtrack- at first I was worried- for the first minute or so the sound mix was wrong- Bob’s vocals were in the background- the band’s playing dominated- then they got it right and you could hear Bob.

I knew what to expect as far as the set list went- I had looked ahead of time online at recent concerts and the set lists were pretty consistent. I wanted to know what he was playing because he has for decades used different musical arrangements on songs- I hate trying to guess what he’s playing. I didn’t know what to expect from Bob as far as his voice went- but it sounded great and his band was top notch.  Bob and his band played 20 songs over the two hours and I’d break them down as seven ‘classic’ Dylan songs from the past and 13 ‘newer’ tunes- being ‘newer” I mean from the past 20 years. I had no problem with the set list- I know there were those sitting near us complaining about not knowing some of what he was playing. If they expected a ‘Best of Bob Dylan or Bob Dylan’s Greatest Hits’ concert they were the ones who were disappointed. One of the great things about Dylan- and I put Van Morrison into this group as well- they are ARTISTS- and I think both of those guys have earned the right to do their own thing because that is how they have done it from day 1- they were never trend followers- they marched to the beat of their own drum and that is part of their great appeal to me.

Bob was behind the keyboard all night- except for a couple songs where he stood with a microphone stand and just sang. He also played harmonica on a few songs. I am glad he played all Bob Dylan songs- I know in recent years he had sang a lot of the Sinatra stuff. The only disappointment of the evening was at the end- I had seen online where his last song in the encore was a cover of James Brown’s classic “It’s A Man’s Man’s Man’s World”- well he didn’t do that- I thought it would be great hearing Bob cover James Brown. Oh well.

Most of the songs were with different arrangements- and I found most of them interesting.  The music for Cry A While from Love and Theft sounded like a Beach Boy tune for example I am thinking Dance, Dance, Dance.

I viewed this going in as the last time to go see Bob but maybe I will go see him again if he comes back. I do not see Bob doing one of these big farewell tours where he announces it ahead of time and makes a big deal over it like others do. One day he will just decide either he can’t do it anymore- or has had enough- and that will be it- no announcement or anything. Obviously he is enjoying himself. I am liking it that he isn’t just going to big cities but places like Youngstown, Utica, New York, Richmond, Kentucky, Roanoke, Virginia, etc. If Bob is coming near you’d I would recommend going just don’t go expecting a Greatest Hits Tour.