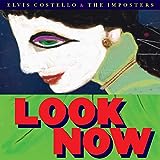 also listened to last Sunday’s edition of Celtic Crush with Larry Kirwan- on The Loft.