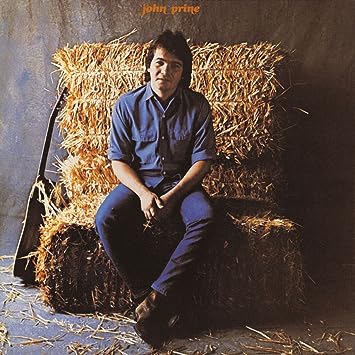 I was thinking of a new list to make and came up with My 33 Favorite Recording Artists- [33 for the 33 1/3rd album} I thought it would be pretty easy to narrow it to 33 artists and I started just listing favorites. I ended up with over 100 artists/ bands that I am big fans of.  There were about 25 ‘for sure” have to be on the list- there were about 25 artists who were in my final cut- where I had to select 8 of the 25. Pretty tough. This also make me realize how over the years things change. If I were to have made a list of favorites in 1980 at the age of 20 I would have had Billy Joel in my Top 25 without question. I didn’t even have him on my long list of 100 plus. Also some artists who would have ranked high still ended up on my list but have fallen- and some have risen. A few remain the same. In 2018 my Top 3 are the same as they were 37 years ago.

I like a wide variety of music. Thought of making separate lists- but decided just to throw every genre of music into the pot.

Starting off at #33- John Prine. John Prine is an example of an artist who say 30 years ago would have been in my Top 10.  I am still a big fan of John Prine’s [he’s in the Top 33} but he has fallen over the years. I thought -why? I think it is the fact he has been fairly inactive over the past two decades as far as releasing new John Prine solo material. He has toured,  he’s released duet albums with female singers, he’s released old unreleased material but since 1995 he’s only had two solo John Prine albums.

The first time I heard John Prine still sticks in my mind. 1981 one morning I went over to visit my friend Dan. We were nineteen at the time and he was living in the basement of his parents home. He was always down there painting, listening to music and writing songs. I walked in and the first thing he said is ‘You have to here this.” He got out an album and dropped the needle onto the album.  It was fantastic- the album was John Prine ” Bruised Orange” and the song was “Fish and Whistle” the first song on the album. We listened to the entire album and I was sold. Within a couple weeks I had bought all the previous John Prine albums {Bruised Orange was Prine’s 5th studio album}

As great as Bruised Orange is- I have to go with the self-titled debut album as his finest. Paradise, Sam Stone, Hello In There- how can you beat those songs? Paradise would rank high on my favorite songs by anyone list. Paradise takes me back to when I was young. In the song Prine’s father takes him back to Kentucky to visit the area where the family had came from- but the area has changed due to strip mining. Paradise always makes me think of the days when my grandparents would take me back ‘down the river’ where they grew up into adulthood.

I’ve seen John Prine a few times in concert- the first time is the furthest I have gone for a concert- to Indianapolis. He has always put on a great concert but I must admit the audience for his concerts is annoying. He will be singing one of his acoustic songs and some yahoo will yell out something loud. I didn’t go to hear some moron yell out in the middle of a song. Anyway. John Prine’s songs can be humorous and his concert audience act as if they never heard the song before- and I know they have.  Anyway.

My sister-in-law at a recent family get together was telling me about her recent trip to see John Prine in concert- she is a big Prine fan- ‘John Prine is my Beatles” is what she said.  She loved the concert- it was her first Prine concert. I just couldn’t go [but to the reasons I mentioned in the last paragraph}

John Prine is a great songwriter- that is his major strength. He has to be one of the finest songwriters of the past 50 years. He was one of the ‘new Dylan’s” well there is only one Dylan but John Prine doesn’t have to be compared to anyone.