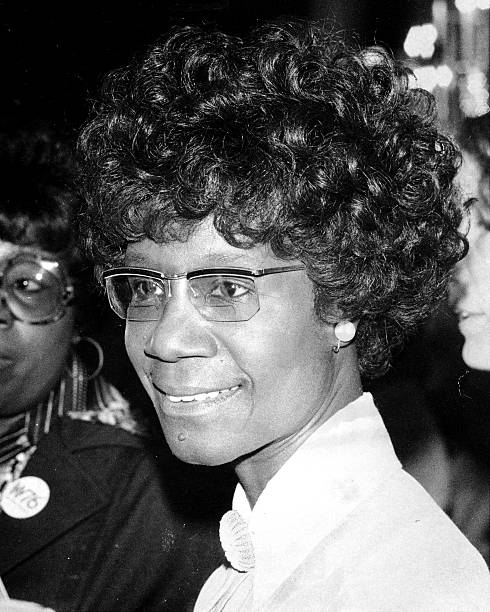 It was fifty years ago today- November 5, 1968- with all the attention on the presidential election- one of the main side stories on this election Tuesday was the election to the US Congress of the first African-American woman in American history. In New York’s 12th Congressional District- which was the Bedford-Stuyvesant section of Brooklyn- there was a big upset- the favorite going in was James Farmer Jr the former director of the Congress of Racial Equality- he ran as the Liberty Party candidate but had the support of the Republican Party.  Shirley Chisholm a 43 year old New York State Legislator won by a 2 to 1 margin. In 1972 she would run for the Democratic nomination for President of the United States becoming the first woman to run for the Democratic Parties presidential nomination. She would be re-elected to the U.S. House of Representatives seven times before retiring in 1983. Shirley Chisholm died on New Years Day 2005 at the age of 80.