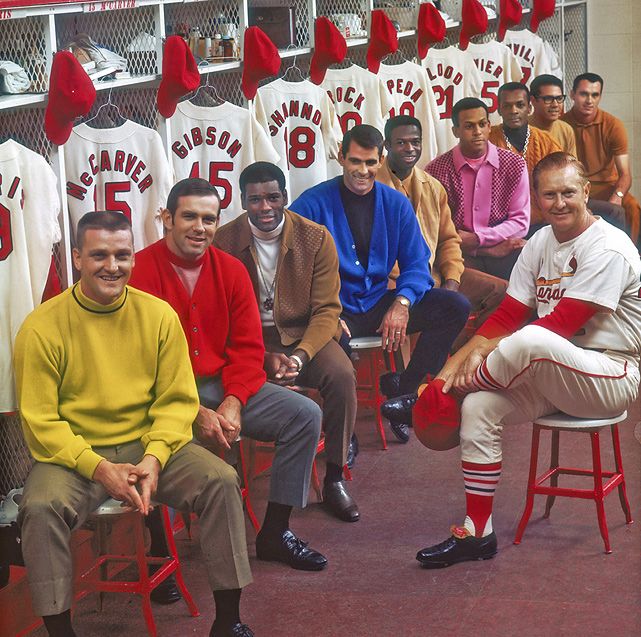 It was fifty years ago today- September 15, 1968 the St. Louis Cardinals clinched the National League pennant with two weeks still remaining in the regular season. The Cardinals in the end would have a record of 97-65 and would finish 9 games ahead of the second place San Francisco Giants. They would go on to face the American League Champions- the Detroit Tigers in the World Series in early October.

Cardinals pitcher Bob Gibson would have one of the greatest seasons a pitcher ever had going 22-9 with a 1.12 ERA.  Gibson would win both the NL MVP Award and the  NL Cy Young Award.  When you look at today’s big home run numbers- looking back at the 1968 Cardinals it looks like a typographical error- their leading home run hitter that season was Orlando Cepeda with only 16 home runs. They also only had one .300 hitter- Curt Flood. This was The Year of the Pitcher in baseball.

11 responses to “IT WAS FIFTY YEARS AGO TODAY- SEPTEMBER 15, 1968– THE ST. LOUIS CARDINALS CLINCH THE NATIONAL LEAGUE PENNANT”