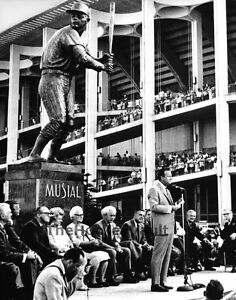 It was fifty years ago today- August 4, 1968 when St. Louis dedicated a statue outside of Busch Stadium to the greatest [and to this day still greatest} player in St. Louis Cardinals history- Stan “The Man’ Musial. Stan Musial played his entire 22 year career with the Cardinals from 1941 to 1963. He had an incredible career- and a career of great consistency.  One of my favorite stats in baseball- Stan had 3630 hits in his career- of those hits 1815 were hit while the Cardinals were playing at home- 1815 were hit when the Cardinals were playing away. His career batting average was .331 with 475 home runs and 1951 RBI’s. He won three National League MVP Awards and was one of the great gentleman and ambassadors the game has ever known. He was elected to the Baseball Hall of Fame in 1969. Stan The Man died in 2013 at the age of 92. 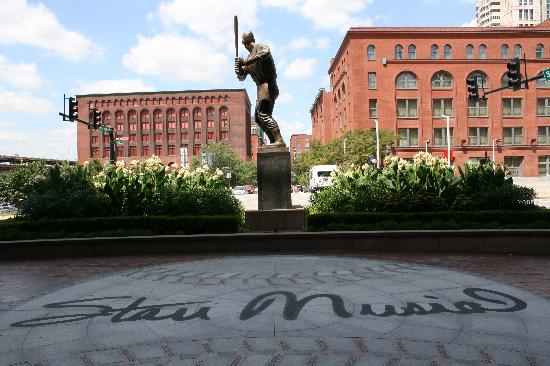 4 responses to “IT WAS FIFTY YEARS AGO TODAY- AUGUST 4, 1968- ST. LOUIS DEDICATES STATUE TO STAN ‘THE MAN’ MUSIAL”