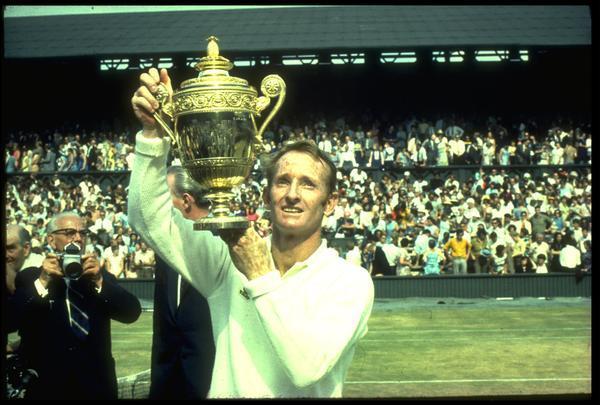 It was fifty years ago today- July 5, 1968 Australian Rod Laver beat his fellow Australian Tony Roche in three straight sets 6-3, 6-4, 6-2 to win the men’s singles championship. It was Laver’s 3rd Wimbledon Championship- he would end up winning four in his career. Back then it must be remembered up until 1968 you had to be an amateur to complete and after winning the Grand Slam in 1962 Laver turned professional and for 5 years was banned from all four of the Grand Slam tournaments. I am not an expert on tennis but whenever I hear the discussion on who was the greatest tennis player Rod Laver’s name is always one of the first names brought up. Laver’s 200 singles titles is still the most ever. Rod Laver’s winnings at Wimbledon in 1968? $4,800. Last years winner Roger Federer made 2.8 million. The times sure have changed-for the better.