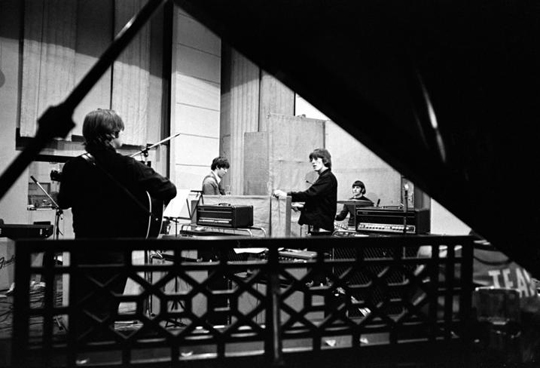 The Beatles Song Of The Day is “Love You To.” “Love You To” is on The Beatles “Revolver” album. The song was written by George Harrison. George’s sitar had been featured first in “Norwegian Wood” but this was the first song that George wrote that was written with the sitar in mind. The songs working title was “Granny Smith” after the apple variety because George couldn’t come up with anything better. The words “love you to’ which became the title didn’t appear in the song. Paul McCartney: harmony vocal/ George Harrison: multi-tracked vocal, acoustic guitar, electric guitar and sitar/ Ringo Starr: tambourine. Anil Bhagwat: tabla/ unnamed Indian musicians: sitar and tambura. The song was recorded on April 11th and 13th, 1966 at Abbey Road. Producer: George Martin.