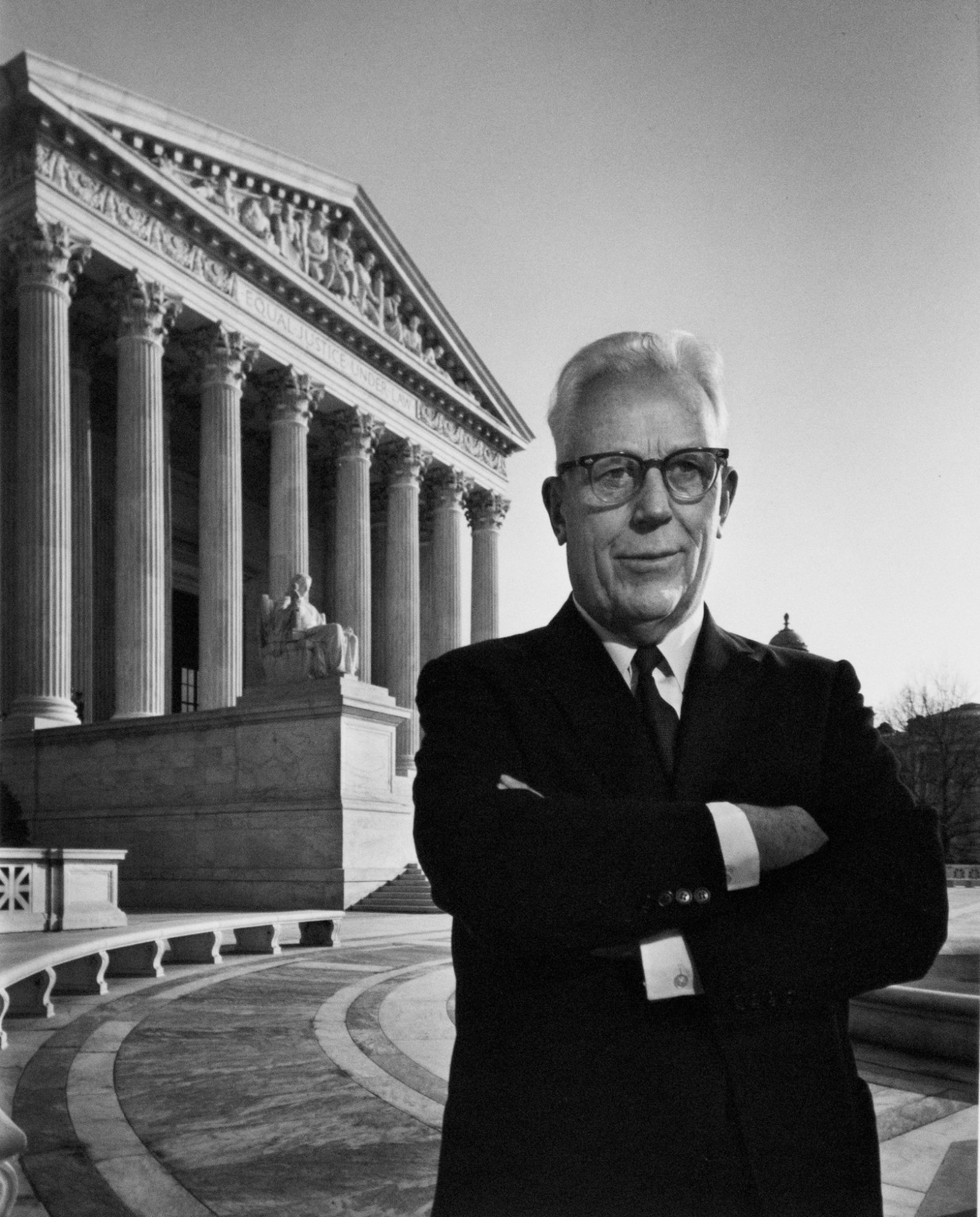 It was fifty years ago today- June 21, 1968- the Chief Justice of the U.S. Supreme Court announced his retirement. A week earlier he had gone to the White House to tell President Lyndon Johnson. He would retire as soon as his replacement was confirmed. It would turn out to be a long wait. The reason Warren decided to resign was after the assassination of Robert Kennedy he felt that his arch rival of many years Richard Milhous Nixon was now going to be elected president and Warren didn’t want Nixon naming his replacement- so he’d resign now and have Johnson name the replacement.

The plan was for President Johnson to appoint his friend- Associate Justice Abe Fortas up to Chief Justice. Homer Thornberry would then replace Fortas in the Associate Justice seat.  It was soon discovered that Abe Fortas had some issues. He was found to be receiving $20,000 a year from his friend financier Louis Wolfson for legal advice. This had been a secret- now it was out in the open and Fortas was done, having to resign from the court. With that the Thornberry nomination became moot and LBJ wouldn’t be appointing anyone. Warren would stay on another year until President Nixon appointed Warren Burger to replace him.

Warren and Nixon’s feud went back to their days in California politics. In 1952 Warren was going to be the favorite son candidate for president and was hoping to go to the convention and if it was deadlocked be the nominee. The Tricky One told him he had his support but then when Ike offered Dick the vice presidential nomination all bets were off and his support switched to Ike instead of Warren. Warren would later say that if he had known that it was going to go down like it had he would never have retired. “If I had known what was going to happen to this country and this court I never would have resigned. They would have had to carry me out on a plank.”

Flash forward- July 9th, 1974 Warren is dying at George Washington Hospital in Washington, D.C. He is visited by Justices Douglas and Brennan. Warren can’t help it he has to ask them- what will the court ruling be concerning Nixon and his sixty- four tapes demanded by the Watergate investigation. The justices tell Warren they will rule unanimously in the United States vos Nixon that the tapes are to be released. Warren dies peacefully a few hours later at the age of 83. He is buried at Arlington National Cemetery.

One response to “IT WAS FIFTY YEARS AGO TODAY–JUNE 21, 1968-CHIEF JUSTICE OF THE U.S.SUPREME COURT EARL WARREN ANNOUNCES HIS RETIREMENT”