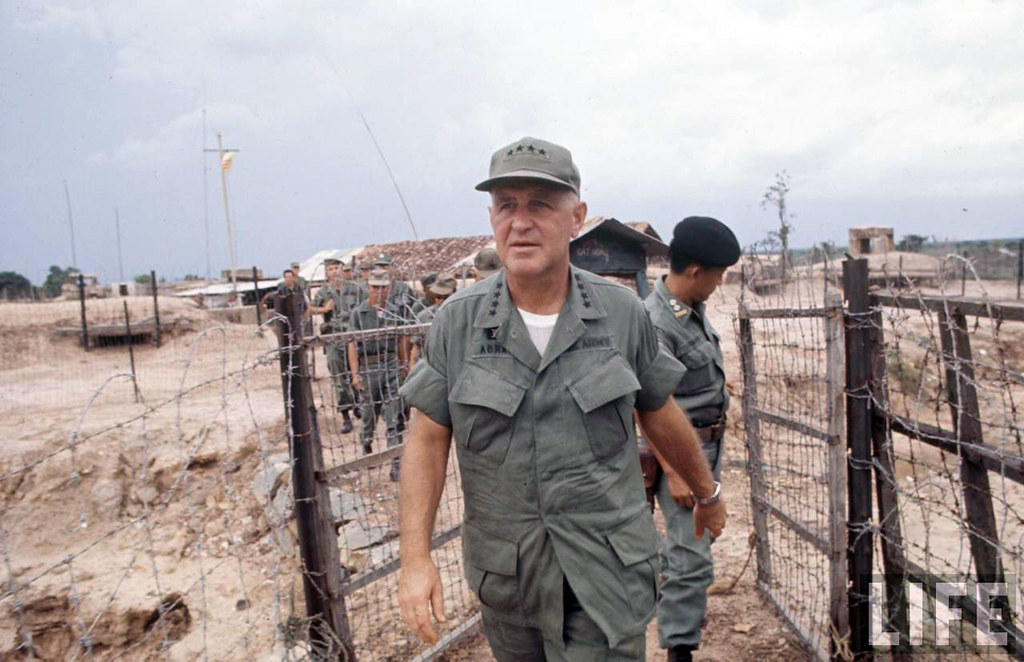 On this date fifty years ago- Monday June 10, 1968 U.S. General Creighton Abrams succeeded General William Westmoreland as the commander of military operations in Vietnam. Westmoreland’s tactics were search and destroy. Abrams changed things up- stressing pacification. American troops under his command would decrease from 543,000 to 49,000 as his vietnamization took hold. Where as Westmoreland is viewed in some quarters as a big failure there are those who believe that if Abrams had been given command earlier in the war that things could have turned out a lot differently.

Creighton Abrams was named U.S. Army Chief of Staff in 1972 a position he held until his death in 1974 of complications after having a lung removed due to cancer- he was 59. The M1 Abrams tank is named for him. Abrams had three sons and all three became U.S. Army generals.

4 responses to “IT WAS FIFTY YEARS AGO TODAY.. U.S. ARMY GENERAL CREIGHTON ABRAMS TAKES OVER COMMAND OF MILITARY OPERATIONS IN VIETNAM”