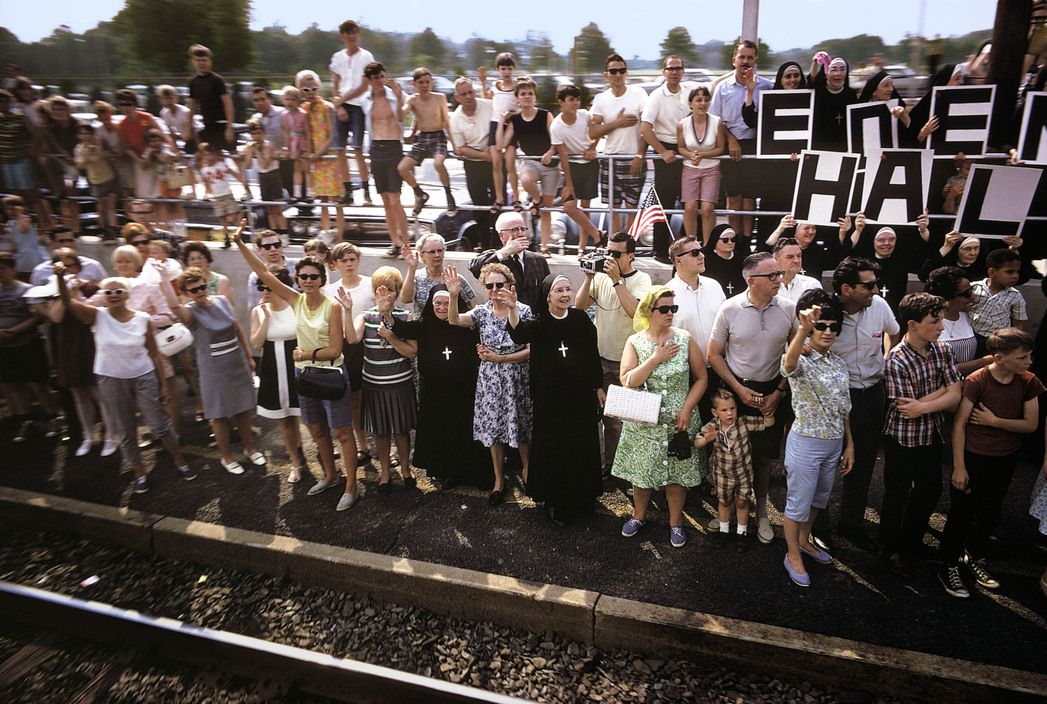 On this day June 8, 1968- fifty years ago- following the funeral service at St. Patrick’s Cathedral in New York City- the body of slain Senator Robert Kennedy was taken by train from Pennsylvania Station in New York City to Union Station in Washington, D.C. he would then be taken over to Arlington National Cemetery where he would be buried near his brother John. Along the way to Washington, D.C an estimated 2 million people lined the tracks to pay tribute. The 225 hour trip which usually took 4 hours took over 8 hours due to the train slowing down due to all the mourners along the tracks.

below is a video on Robert Kennedy’s final journey.