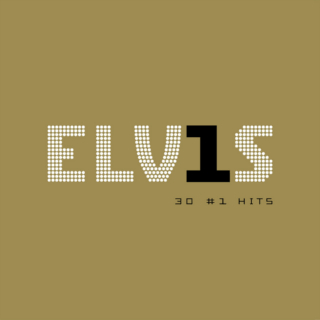 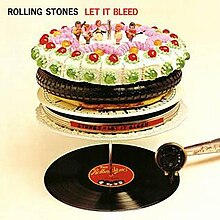 On The Neon Beat this week, Jukebox 1: Oklahoman Kay Starr launches into this week’s offerings with a toe tappin’ jazzy version of the song, “Night Train.” Then we’ll track a fun film song sung by Brit artist, Georgie Fame, “The Ballad of Bonnie and Clyde.” Louis Armstrong follows with a song from “Hello Dolly.” Enjoy the British instrumental hit that invokes a time of the “Space Race” and the “Cold War.” The Tornados do, “Telstar.” Rosemary Clooney teams up with the Harry James Orchestra “In the Cool Cool of the Evening.” Vic Damone sings a song heard in The Music Man. Enjoy some great period groups like, the Lettermen, Peter Paul and Mary, and the Platters. Hear Nancy Wilson sing her 1964 Grammy award winning song, “How Glad I Am.” Hear a 1950’s set with Pat Boone singing “Sugar Moon” followed with Perry Como singing with the Ray Charles Singers for, “Papa Loves Mambo.” Swing with Benny Goodman as we go “Jumpin’ at the Woodside.” We’ll track hit singles by Frank Sinatra singing “Come Fly with Me,” Steve Lawrence with “Pretty Blue Eyes,” and wife Eydie Gorme with a song from “Holiday Inn.” Listen now: http://www.radiogeorge.com/neonbeat/
On The Neon Beat this week, Jukebox 2: Brenda Lee opens this hour with “Comin’ on Strong.” Toronto, Canada’s, The Crew Cuts take the stage next for “Sh Boom,” followed with a big band selection from Harry James, “Willow Weep for Me.” We’ll pull a request from the back-o-the-rack for Ivory Joe Hunter’s “Since I Met You Baby.” Segment two of this juke starts with Vaughn Monroe’s “Racing with the Moon,” then we’ll track a lovely version of the song, “Symphony” by Jo Stafford, “Leroy Anderson’s “Blue Tango,” and Frank Sinatra singing “You Do Something To Me.” Hear the Les Baxter Orchestra and chorus with, “I Love Paris,” followed with a snappy oldie by Guy Mitchell, Buddy Clark performing, “Peg O’ My Heart,” and Connie Stevens with “Sixteen Reasons.” Patti Page belts out a fun song of redemption from The Pajama Game called, “Cross over the Bridge,” followed with Vaudeville’s own Eddie Cantor with “Making Whoopie.” Enjoy Louis Armstrong with his version of the hit song, “Blueberry Hill,” and Barbra Streisand with a charming song heard in the Disney film, “Pinocchio.” Go to: http://www.radiogeorge.com/neonbeat/
On The Neon Beat this week, Jukebox 3: Jack Jones starts this segment with his hit song, “Wives and Lovers.” Then listen to Bobby Darin with his hit standard from 1959, “Mack the Knife.” Hear a little salsa with Sergio Mendez and Brazil 66 with “Mas Que Nada” followed by steamy hit song from 1973 by Bobby Goldsboro. Andy Williams sings a film selection from a 1972 Paul Newman movie “The Life and Times of Judge Roy Bean.” Hear more great film music with The Sandpipers from “The Sterile Cuckoo” and Shirley Bassey from the James Bond movie, “Diamonds are Forever.” Listen to Frank Sinatra brewing up a little “Witchcraft,” and Dean Martin with the song, “Houston.” We’ll track a Perry Como standard, “No Other Love Have I” followed up with some period big band with Harry James backing Helen Forrest for, “It’s Been a Long Long Time.” Enjoy instrumentals with Frank Mills one hit wonder, “The Music Box Dancer,” and the Jackie Gleason Orchestra with a dreamy version of “I Got it Bad.” We’ll wrap up the set with some group hits including, The Association, The Murmaids, and the Hollywood Argyles. Listen today at: http://www.radiogeorge.com/neonbeat/