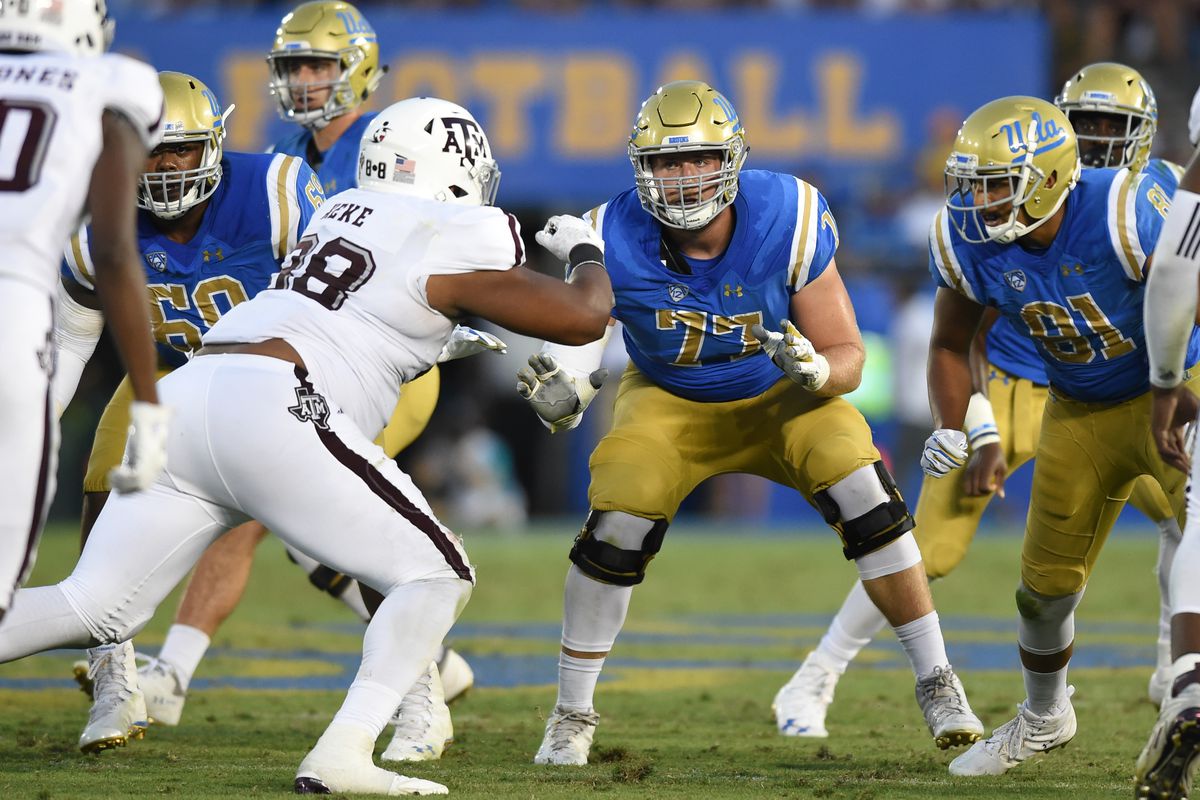 The Minnesota Vikings had a great season in 2017 which came to an end against Philadelphia in the NFC Championship Game in a blowout. In an odd set of circumstances the Vikings the Vikings let all three quarterbacks go in free- agency but picked up the top free agent quarterback in Washington’s Kirk Cousins.  The NFC is packed with good teams and the Vikings have as good a shot as anyone but they need to improve especially on the offensive line. Other areas of concern- the defensive backfield and wide receiver and tight end.

With the #30 overall pick in the NFL draft the Minnesota Vikings take OT Kolton Miller UCLA 6’9″ 309. Miller is a mammoth of a man but is very athletic and quick on his feet. He may be better as a right tackle in the NFL. This should help an offensive line that needs to improve and keep Cousins protected for the Vikings to reach the heights they did in 2017 and possibly advance to the Super Bowl- somewhere that Minnesota hasn’t been since the late 1970’s- over forty years ago. Longtime fans of course will remember their four Super Bowl losses in the 1970’s- Viking fans have suffered a long time maybe this will be the year they finally get back and win their first ever Super Bowl.