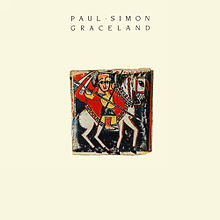 “I don’t like the idea that people who aren’t adolescents make records. Adolescents make the best records. Except for Paul Simon. Except for Graceland. He’s hit a new plateau there, but he’s writing to his own age group. Graceland is something new. That song to his son is just as good as ‘Blue Suede Shoes’: ‘Before you were born dude when life was great.’ That’s just as good as ‘Blue Suede Shoes,’ and that is a new dimension.”- Joe Strummer

This afternoon listened to all three hours of THE NEON BEAT- on Radio George.