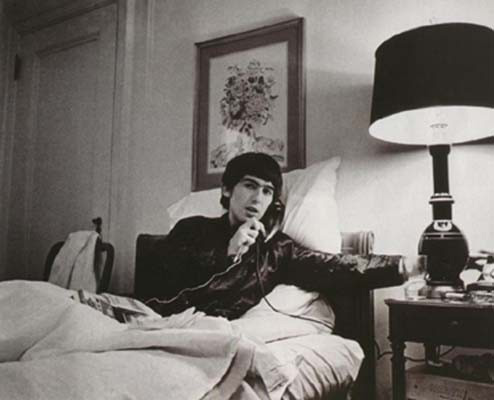 The Beatles Song of the Day is “Don’t Bother Me.” “Don’t Bother Me” is the fourth song on side 1 of The Beatles second album “With The Beatles.” It is the first song written by George Harrison. One day in 1963 George was sick in bed and started to think of the idea of seeing if he could write a song. The result is “Don’t Bother Me.” Not a bad first effort from George. John Lennon: rhythm guitar and tambourine/ Paul McCartney: bass guitar and coaves/ George Harrison: double tracked vocal and lead guitar/ Ringo Starr: drums and bongos. The song was recorded on September 11th and 12th at Abbey Road. Producer: George Martin.