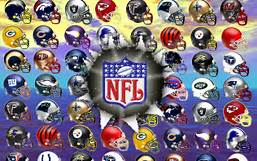 i had planned on starting college picks last week and nfl picks this week, but with life issues we missed out on week one of the college game. perhaps that is a good thing.

my personal love/hate with football is evolving. i played this sport growing up, and i have watched for a long time. that being said, there is pretty convincing evidence that this sport is not conducive to positive long term health, no matter what the nfl executives say. i have said before and will say again, this is like the modern day version of the Roman Colosseum and Gladiator games. when history is written i dont think it will be favorable to the game of football.

the hard fast rule of friendly wagering* (it is not legal in most of the states to wager on sports) is that you win money on Saturday (the college games) and give it back on Sunday (the nfl) lets try not to do that.

one thing about personal preference is that i do not like picking a side that often. i want to see scoring so i like game totals or the over and under. everyone likes it (unless you are a defensive coordinator) when there is scoring. so i will take more totals than sides. just a personal thing. ok off we go and lets hope we stay above .500

OK State vs South Alabama – over 69

Rice vs UTEP over 56

Boise St at Wash St over 57.5 – i do not get this line. this is why i have a mortgage and vega$ has billion dollar casinos.

Iggles -1 at washington – i think philly is the better team line opened iggles +2.5 and has been moved to -1. lots of people seem to think the same as me.

stillers -9 at clowns – i am not going to lie this game is here for one reason only. the browns stadium was opened in 1999. Ben Roethlisberger was drafted in 2004. with a win Big Ben will have the most wins by a quarterback in browns stadium and this includes browns qbs. he is tied with Derek Anderson with 10 wins. Stillers get the win and the cover.

seahags at pack -3 – taking Aaron Rodgers at home and going to eat the field goal. will be a close game, if the line was 4.5 or better i would be looking the other way.

cats at niners +5.5 – the niners were bad at football last year, not cleveland bad, but not good. new regime in place niners will move in the right direction. i think Carolina wins the game but does not cover the 5 and the hook.

one bonus thought – the Buffalo Bills are -8.5 versus the Jets. There is no doubt that the Jets are locked into a mortal duel with the clowns to be the worst franchise in football, but being 8.5 dogs to the Bills is something crazy. the Bills should not be better than a touchdown than anyone in the league. again i have a house vega$ has casinos.

blessings for the weekend stay safe out there.

One response to “Q’s dont bet the mortgage football picks”