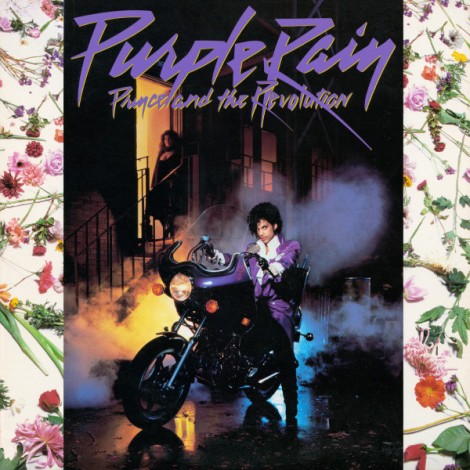 On this day in 1984 Prince released what is considered by most-his greatest album “Purple Rain”- “Purple Rain” was actually a soundtrack to a mediocre Prince movie. At this point in time Prince was probably the greatest performer in the world. His previous album- another great album and the one that put him into the superstar status- the double album “1999” contained his greatest song “Little Red Corvette” and the title track which was also a big hit.  Purple Rain was Prince’s 6th album and his career had been a slow building up of popularity- and greatness from the release of his first solo album in 1978. Prince was a busy man. Purple Rain was his 6th album in seven years- the only year he hadn’t put out an album was 1983.

Purple Rain would have two #1 hits “When Doves Cry” and “Let’s Go Crazy”, a third single “Purple Rain” would make it to #2 and a fourth single “I Would Die 4 U” made it to #8 on the Billboard Hot 100.  The album itself would go to #1 and sell in the United States 13 million copies. In fact it would spend nearly half of 1984 at #1- 24 weeks in a row at #1. This was during an era of big selling albums.  Rolling Stone magazine [they sort of covered music back then} ranked it the #2 album of the 1980’s and #76 on their all-time top 500 album list. Last year- the year of Prince’s passing- “Purple Rain” was the 13th best selling album of the year, 32 years after it’s release. It was Prince at his peak. He would never reach such heights again in greatness or popularity. In looking at his discography- I own the first 16 Prince albums. In the mid-1990’s I got off the train. He’d lost me. Is any of his releases in the last 20 plus years worth owning? I am sure there are moments of greatness on some of those albums but the hit singles were long gone and the album sales indicate I am not the only one who moved on.

Two days ago a new 2 cd deluxe edition of Purple Rain was released. One disc a remastering of the original album and the second disc of unreleased material. From what I read there is an expanded edition that has different mixes etc. I will stick with my original copy for now.