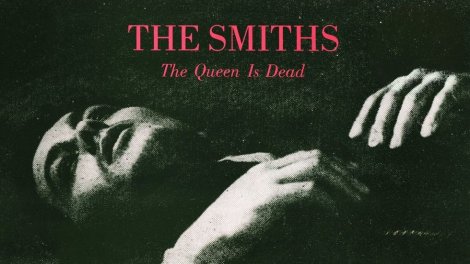 On this day in 1986- June 16th, 1986 The Smiths released what many feel is their finest album “The Queen Is Dead.” New Music Express in 2013 named “The Queen Is Dead” the greatest album ever. That might be a stretch but it is a great album. The Smiths music sounds as fresh to me today as when it came out in the 1980’s.  Morrissey’s songwriting was at his peak and most humorous.  Not a bad song on this album and my favorite Smiths song “There’s A Light That Never Goes Out” is on it.  They would release one more album in 1987- “Strangeways, Here We Come” before breaking up.

I saw them on this tour- August 12, 1986 at the Fulton Theater in Pittsburgh- Here is the set list from that concert—

Still Ill
I Want The One I Can’t Have
There Is A Light That Never Goes Out
How Soon Is Now?
Frankly, Mr. Shankly
Panic
Stretch Out And Wait
The Boy With The Thorn In His Side
Is It Really So Strange?
Cemetry Gates
Never Had No One Ever
What She Said (with Rubber Ring intro and outro)
That Joke Isn’t Funny Anymore
Meat Is Murder
The Queen Is Dead
/Money Changes Everything
/I Know It’s Over
//Hand In Glove
//Bigmouth Strikes Again