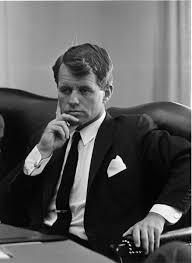 On this day in 1968 Robert F. Kennedy’s funeral took place at the Basilica of St. Patrick’s Cathedral in New York City.  Senator Kennedy had been assassinated three days earlier in Los Angeles, California. He would be buried at Arlington National Cemetery near his brother President John F. Kennedy. His brother Ted was also buried there a few years ago. I have no idea what Robert Kennedy would have accomplished had he lived but he was only 42 years old. He left behind 11 children. As I’ve said before 1968 was a nightmare.