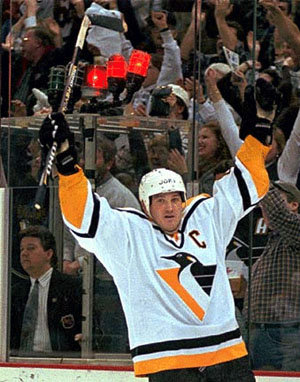 Super Mario- Mario Lemieux became the only NHL player to ever score 5ive goals in one game- in 5ive different ways. Mario scored goals when the teams were at even strength, when the Penguins were shorthanded, on the power play, on a penalty shot and into an empty net vs the New Jersey Devils on this day 1988. Mario Lemieux on the Mount Rushmore of greatest players in NHL history- along side the Gordie Howe, #4 Bobby Orr and The Great Gretzky with apologies to Rocket Richard.