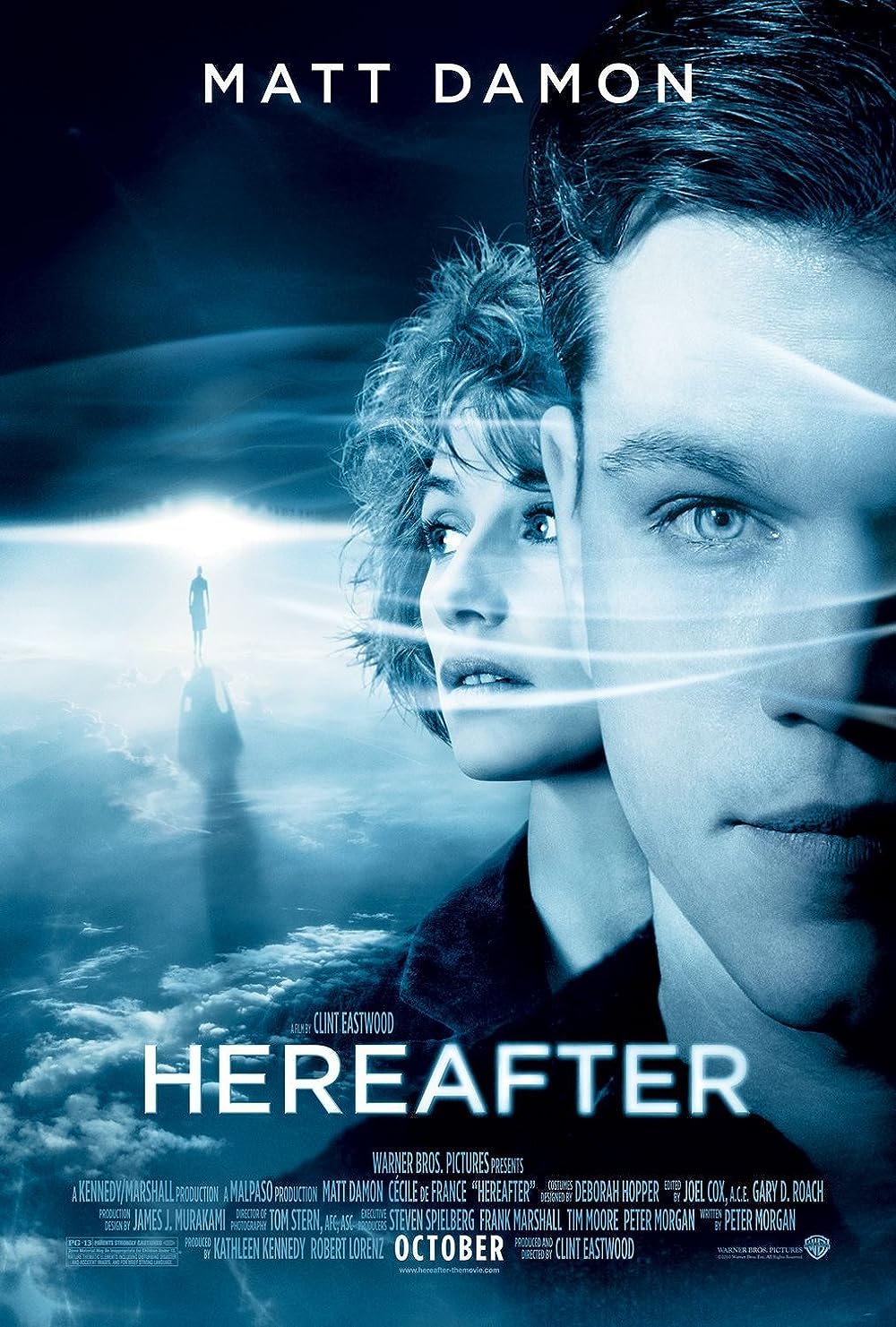 Marie is a French TV journalist that has a near death experience after nearly drowning during a tsunami. George is a psychic medium but, works in a factory and tries to avoid talking to dead people. Twins Jason & Marcus have a drug-addicted, alcoholic mom and, when Jason is killed, accidentally, Marcus is sent to a foster home. Melanie meets George in a cooking class and a psychic reading ends badly. When George is laid off, his brother Billy tries to get him to revive his psychic practice. After an impromptu trip to London, George crosses paths with Marie and Marcus. Death surrounds the three main characters and their reactions to it unfolds, slowly.

Clint Eastwood’s Hereafter considers the idea of an afterlife with tenderness, beauty and a gentle tact. I was surprised to find it enthralling. I don’t believe in woo-woo but, then, neither, I suspect, does Eastwood. This is a film about the afterlife that carefully avoids committing itself on such a possibility. The closest it comes is the idea of consciousness after apparent death. This is plausible. Many near-death survivors report the same memories, of the white light, the waiting figures and a feeling of peace.

I absolutely love this movie. It’s a thoughtful drama, without being over-the-top, with an inherent mystery built into the story line. I’m not a big Damon fan but, I am an Eastwood fan. ~Vic