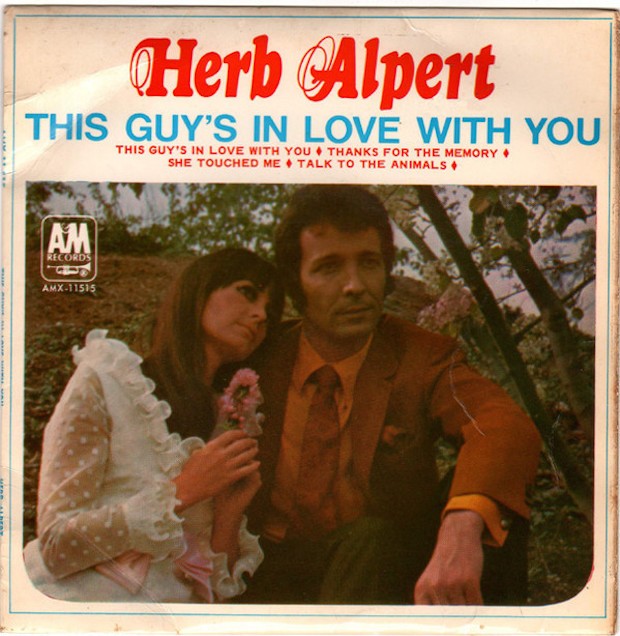 Herb Alpert is the only artist to have a #1 hit with a vocal [this single} and an instrumental- 1979’s “Rise.”  Up to this point- Herb Alpert was known as the leader of the Tijuana Brass- and had 14 instrumental hits- before this vocal. One day Alpert was visiting Burt Bacharach’s office and he asked Burt if he had any old compositions lying around that he and Hal David had written which had never been recorded that he might use. “This Guy’s In Love With You”- was that song. I don’t think Alpert is much of a singer- it’s painful for me to hear him struggle with this- but it went to #1 for a month, so who am I to say. The song was released as a single after a 1968 special on television called The Beat Of The Brass-in which the song was sung. There were a number of calls to the network afterwards and Alpert decided to release it as a single.