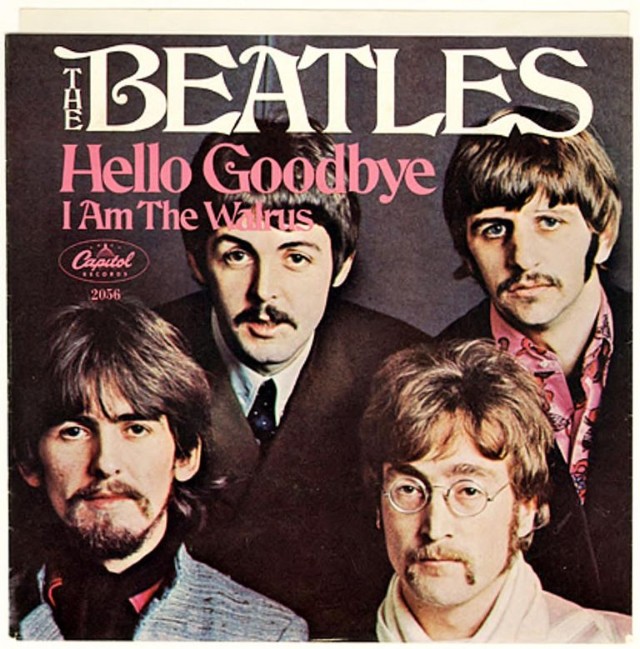 The Beatles 3rd #1 hit in 1967 and the final #1 hit for the year 1967. While credited to Lennon-McCartney this is a Paul McCartney written song. The b-side:”I Am The Walrus” was written by John Lennon and John wanted “Walrus” to be the A-side and was unhappy when it wasn’t.  I can see his point “I Am The Walrus” is the superior song here- while “Hello, Goodbye” was the more commercial song- and most likely to get to #1. This is the kind of song Paul could have written in his sleep. Not his strongest effort.