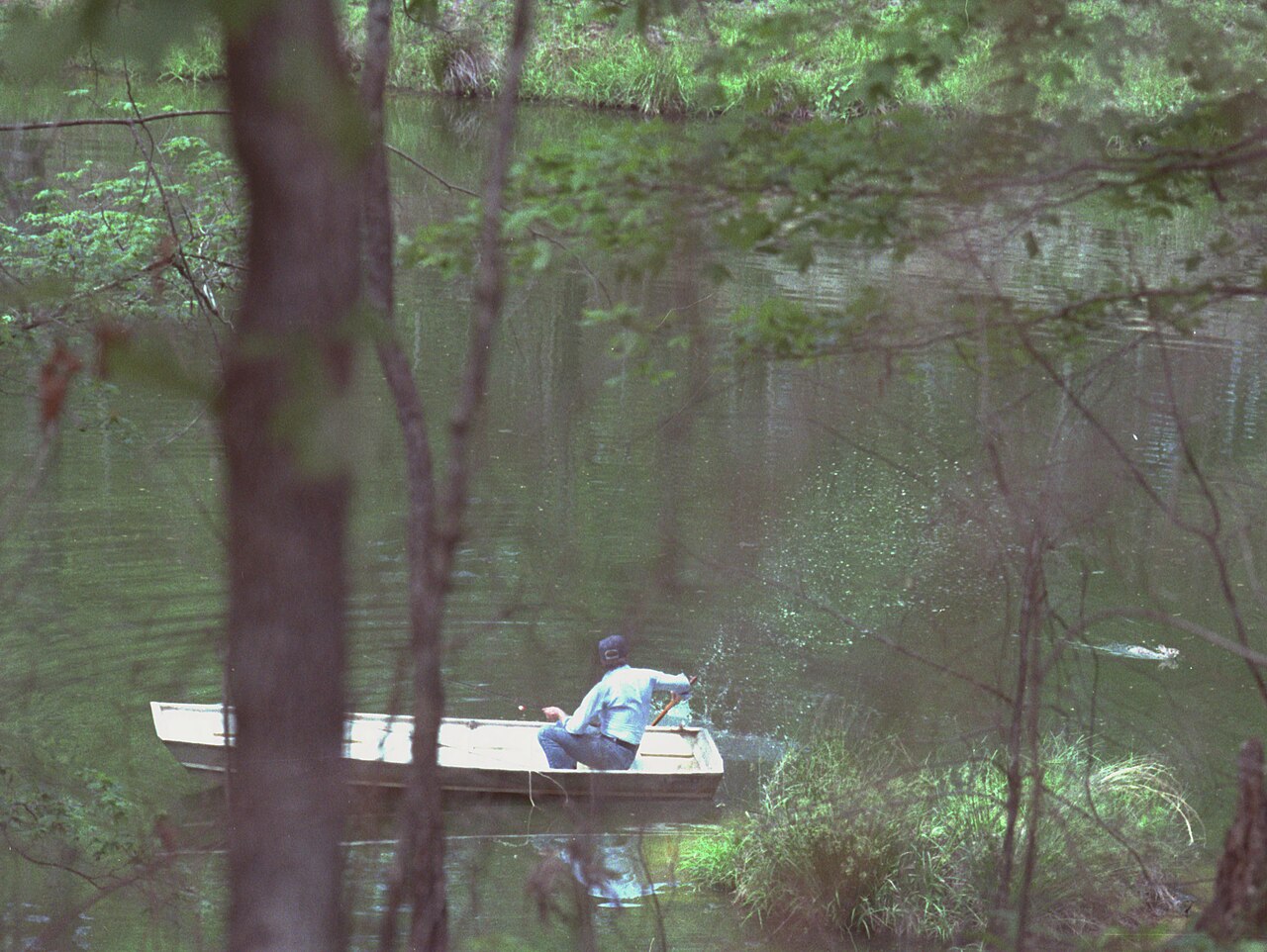 Remembrance Of Things Past- President Carter’s “Killer Rabbit” April 20, 1979. President Carter was back home in Plains, Georgia and was fishing alone in a flat bottom boat. While he was fishing -Carter said a rabbit being chased by hounds “jumped in the water and swam toward my boat. When he got almost there, I splashed some water with a paddle.” People on Carter’s staff had a hard time believing this- rabbits can’t swim and would never approach a person threateningly. But a White House photographer got a picture of Carter and his rabbit which was later released.

President Carter’s Press Secretary Jody Powell wrote in his book The Other Side Of The Story this about the rabbit story.

Upon closer inspection, the animal turned out to be a rabbit. Not one of your cutesy, Easter Bunny-type rabbits, but one of those big splay-footed things that we called swamp rabbits when I was growing up.

The animal was clearly in distress, or perhaps berserk. The President confessed to having had limited experience with enraged rabbits. He was unable to reach a definite conclusion about its state of mind. What was obvious, however, was that this large, wet animal, making strange hissing noises and gnashing its teeth, was intent upon climbing into the Presidential boat.