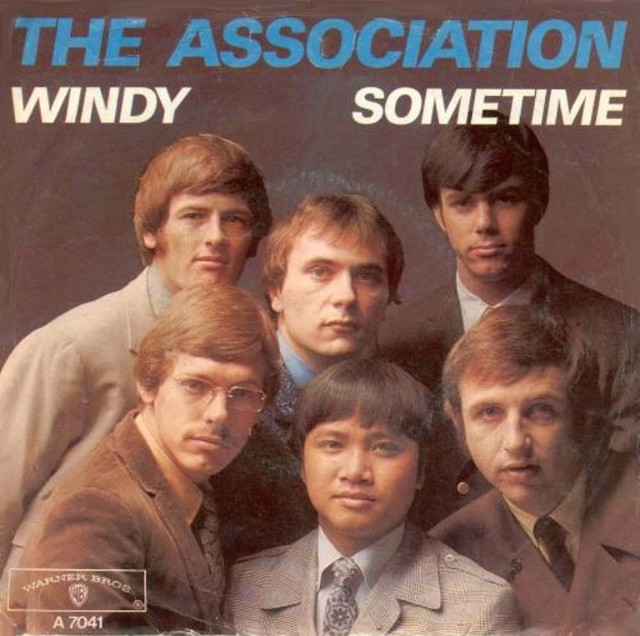 July 1967- we are in the heart of the ‘Summer of Love” and what is the #1 hit single in the United States the entire month? “Windy” by The Association. The lead vocals were sung in unison by Russ Giguere and Larry Ramos. Ramos has said that the song had been written about a man but they had changed it to being about a woman. The writer of the song -who should known better than anyone- Ruthann Friedman denies that- “There are many explanations of who Windy actually was in Ruthann’s life. She would have you know, she being me, Ruthann Friedman, that none of them are true. Windy was indeed a female and purely a fictitious character who popped into my head one fine day in 1967 … During the recording session the Association members, sure that they were in the middle of recording a hit, called the songwriter, me again, in to sing on the fade at the end. I can be heard singing a blues harmony as the song fades out.”

Who played drums on this #1- another #1 for Hal Blaine of The Wrecking Crew- who played on 40 #1 hits in his career.