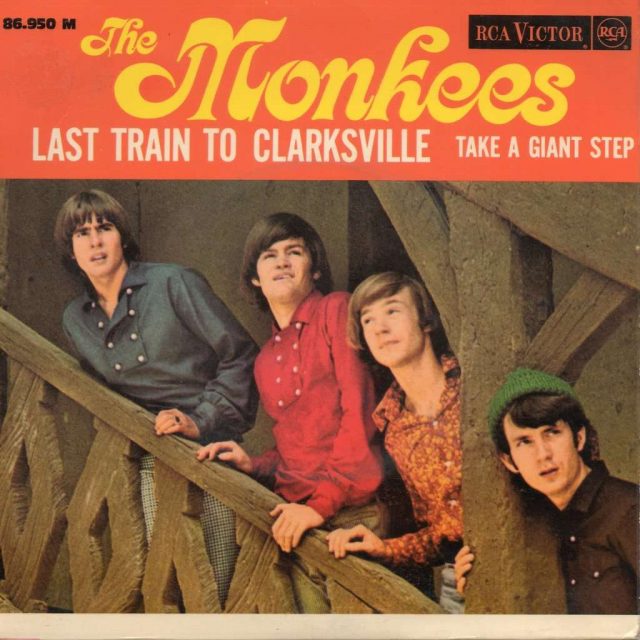 The Monkees debut single- and it goes to #1. The Beatles success was behind The Monkees getting on television but the idea for The Monkees originated back in 1962- but no one was biting until after The Beatles movie A Hard Days Night.  A made for television band- The Monkees premiered on NBC on Monday September 12, 1966. The show lasted 2 seasons and there were 58 episodes. The show came to and end in March 1968 but the band lasted until 1971. They had 4 albums released in a 13 month period- all went to #1, then the wheels slowly started to fall off- the 5th album went to #3 as the show was leaving the air and after that- the hit singles dried up. The backlash against The Monkees of course is on the first two albums they didn’t actually play the instruments on the recordings. “Last Train To Clarksville” was inspired by The Beatles also and their recent hit “Paperback Writer.” Songwriter Bobby Hart having heard “Paperback Writer” wanted to capture the same kind of sound for The Monkees since he knew that the idea for The Monkees was to recapture The Beatles -A Hard Day’s Night excitement. The single was released in front of the television show and the exposure helped the debut single go to #1. One of my favorite songs by The Monkees.