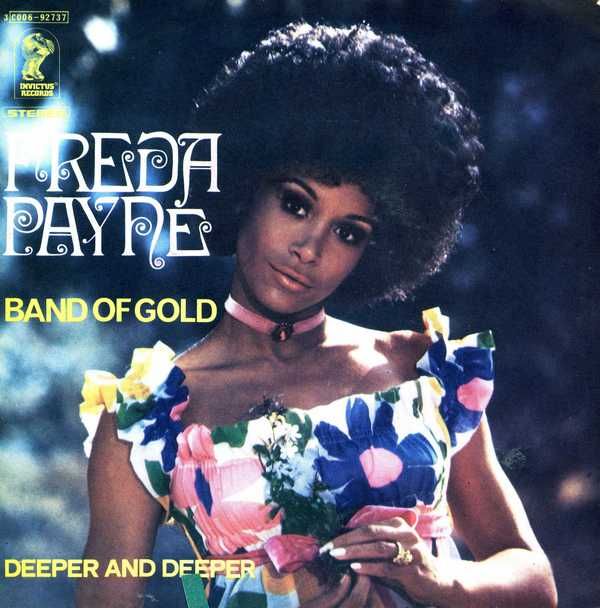 The great songwriting team of Holland-Dozier and Holland had moved on from Motown in the late 60’s and formed Invistus Records. “Band Of Gold” was the first hit for Freda Payne and it would be her biggest peaking at #3. Overall she had 100 Hot 100 singles with 3 making the Top 40. Freda Payne was born in Detroit in 1942. Her sister Scherrie Payne was a member of The Supremes and Freda was married to singer Gregory Abbott from 1976-79.  “Band Of Gold” did even better in the UK where it went to #1. As is the case more often than you’d think it would be- Payne wasn’t all that impressed with the song when the song was offered to her- thinking it was more appropriate for a younger woman or teenager than someone approaching thirty.  Luckily she caved in and recorded it. Instrumentation by Motown’s Funk Brothers.