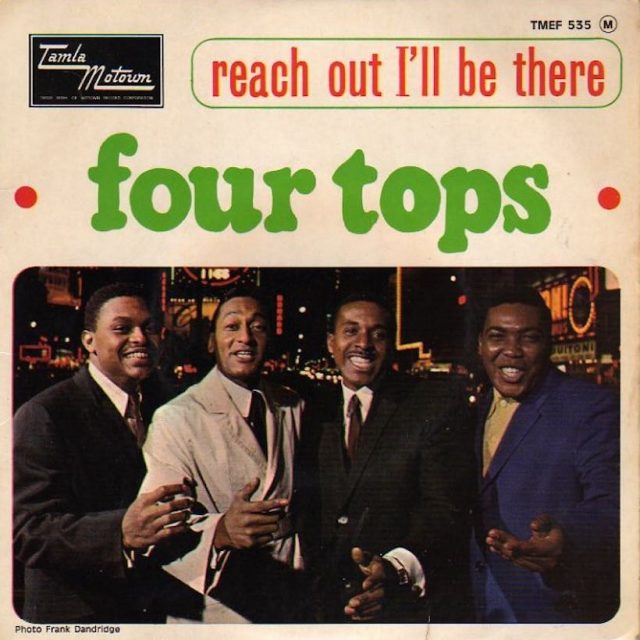 Here is a case where the singer makes the song “Reach Out, I’ll Be There” was looked at as a throwaway song at Motown- until Berry Gordy decided to release it as a single. Levi Stubbs- the lead singer for The Four Tops- shouts this song as much as he sings it. It became the second #1 hit by The Four Tops- following “I Can’t Help Myself” from 1965. I’d rank it as one of the greatest Motown hits of the 60’s- right up there with “I Heard It Through The Grapevine”- the Marvin Gaye version. “Reach Out, I’ll Be There” was the second Motown single to go to #1 in the UK- following “Baby Love.” The team of Holland-Dozier- Holland famous for all those Supremes #1 hits- wrote this song and the instrumentation behind The Four Tops- provided by The Funk Brothers.