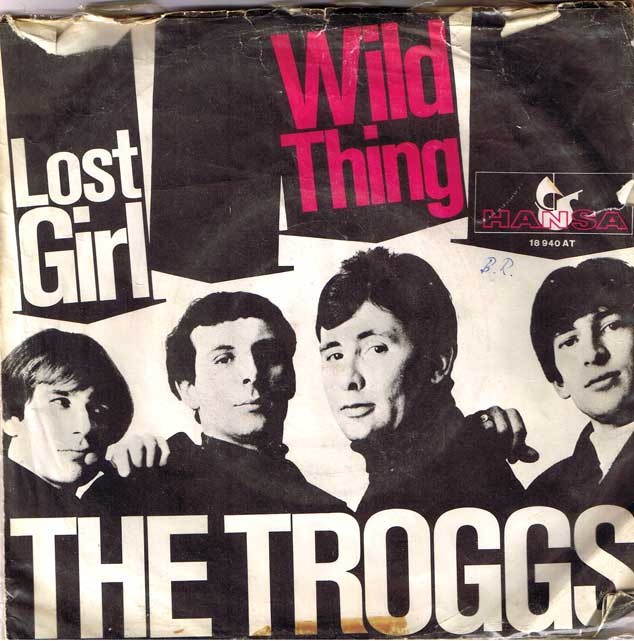 The Troggs were originally called The Troglodytes- and were formed in Andover, Hampshire, England. While they will forever be known for “Wild Thing”- the garage band also had two other million sellers in the United States in the mid-60’s- “With A Girl Like You” and “Love Is All Around.” “Wild Thing” was an instant garage rock standard and would go on to be influential in the history of punk rock which came along a decade later. Rolling Stone ranked it at #257 on their 500 Greatest Songs Ever list.

“Wild Thing” came into being when a group called the Wild Ones contacted songwriter Chip Taylor about writing a song for them to release as a single. It took Taylor only minutes to come up with ‘Wild Thing.” The Wild Ones released the single in late 1965 but it failed to sell.