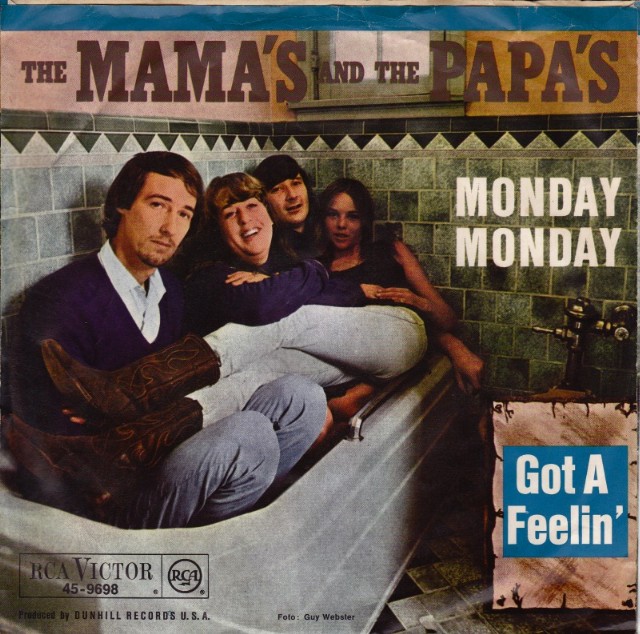 The first single the Mamas and The Papas released a song called “Go Where You Wanna Go” didn’t even crack the Hot 100- their second “California Dreamin’ went to #4 and then came their first and only #1- “Monday, Monday.” John Phillips wrote the song in 20 minutes and the great group of west coast session musicians The Wrecking Crew backed them up. They won a Grammy for Best Pop Performance by a Duo or Group with vocal for this single.