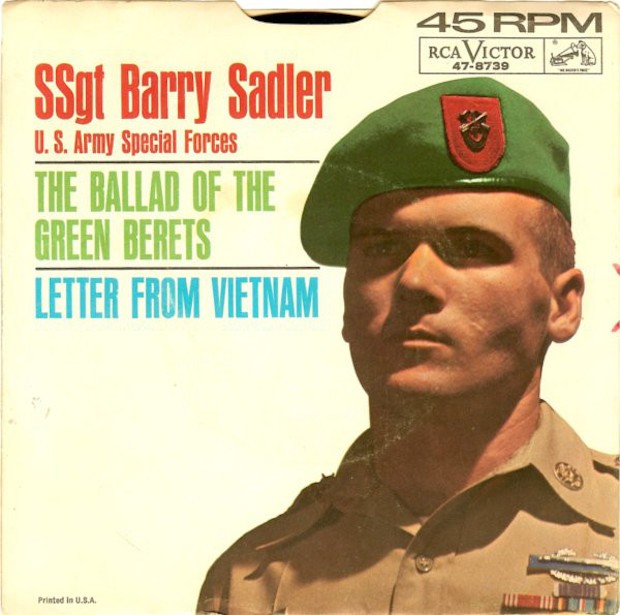 A couple days ago I ranked all the #1 hits from 1965. I will probably in a month do the same for 1966. It won’t be hard to select the worst of 1966 though- it is this one “The Ballad Of The Green Berets” by Barry Sadler. Pro-war propaganda. This single was at the end of 1966 named the Single of The Year by Billboard according to the charts. Has there ever been a war that was unpopular from the start? There were those who were against Vietnam at the start but they were drowned out in 1965 and early 1966- as the war drug on the popular opinion switched. I can’t imagine this song- if released in say 1969 or 1970 even making the charts. I don’t think I’ve heard this song on the radio at least not since I was a little kid. This song really sticks out like a sore thumb- when you consider the great music that was out at there in the mid-60’s- the finest era for music in my opinion and then you get this turd clogging up the top of the chart for 5 weeks- and it turns into the most popular song of a great year. Sadler had one more hit in 1966- “The A Team.” In 1988 when he was shot in the head during a robbery attempt at his Guatemala home and suffered brain damage. He died in 1989 of a heart attack.