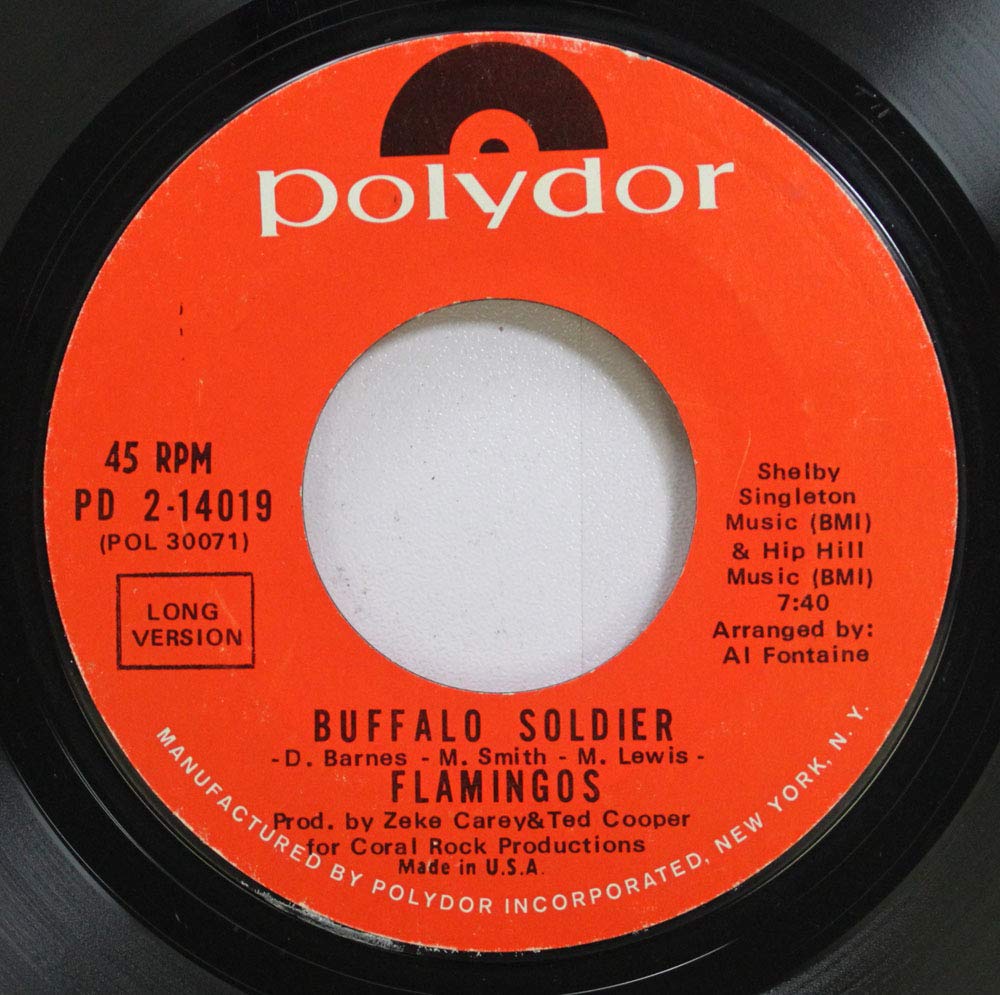 The Flamingos an R&B- Doo-wop vocal group out of Chicago- started releasing singles in 1953. From 1959-1970 they had 11 Hot 100 singles -but only 1 made the Top 40- “I Only Have Eyes For You” #11 1959.  They were elected into the Rock and Roll Hall of Fame in 2001. Billboard magazine wrote of The Flamingos- “Universally hailed as one of the finest and most influential vocal groups in pop music history, the Flamingos defined doo wop at its most elegant and sophisticated. This single- “Buffalo Soldier” is not to be confused with the famous Bob Marley song of the same name.