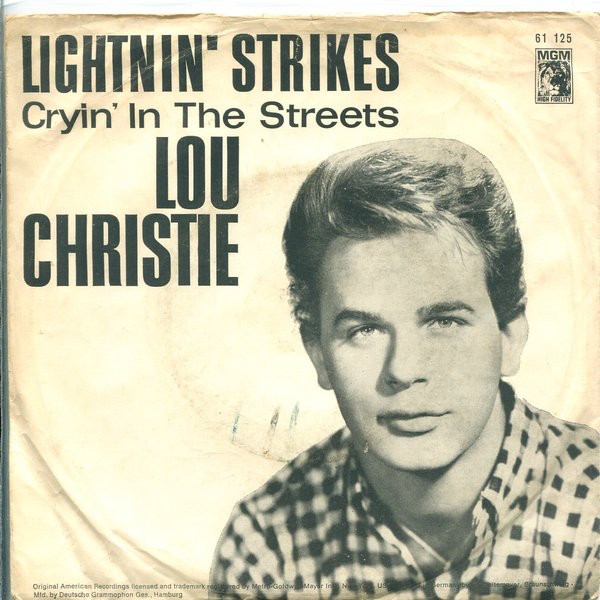 Lou Christie had 5 Top 40 hits- including three Top 10 hits- “Two Faces Have I” #6 1963, his biggest hit “Lightnin’ Strikes” and “I’m Gonna Makes You Mine” #10 in 1969. Christie was born Luigi Sacco  in 1943 in the Pittsburgh suburb of Glenwillard. At age 77 he is still active. His songwriting partner Twyla Herbert was a classically trained musician who was twenty years older when they met when Christie was 15. They wrote hundreds of songs together until her death in 2009. Christie’s falsetto voice reminds one of Frankie Valli- but since he had only a few hits- not as annoying.