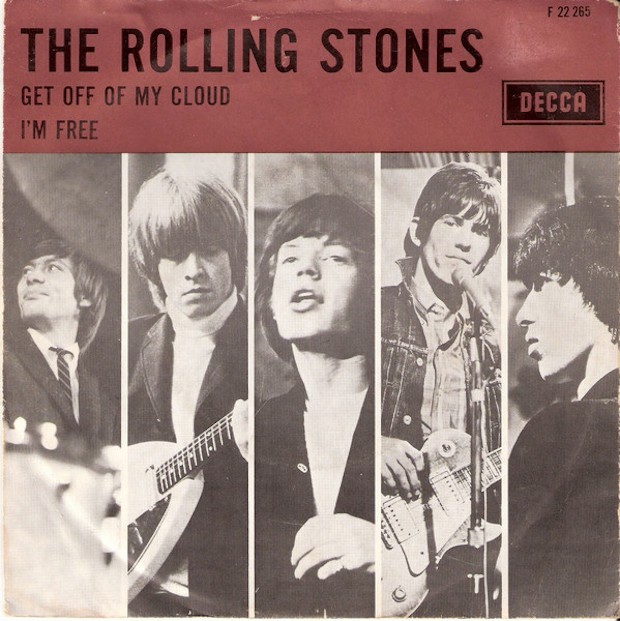 The Rolling Stones “Get Off Of My Cloud”- knocks off The Beatles “Yesterday” at #1 on the charts- after “Yesterday” had spent 4 weeks at #1.  1965 was an incredible music year. This was The Rolling Stones follow up to their #1 “Satisfaction” from July. Keith Richards has said that “Get Off Of My Cloud” was The Stones response to their new found superstar status after the success of “Satisfaction”- of the knocks on the door wanting the follow up hit. They had thought now that they had delivered the big hit that they could sit back and relax and enjoy their success. They were wrong.